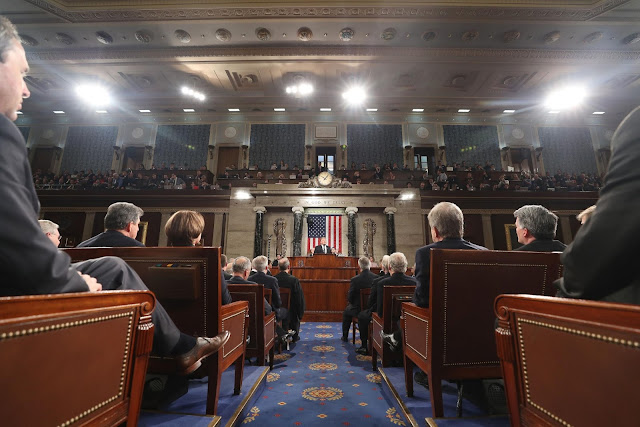 It's finally upon us. After one year in office, we're going to hear Donald Trump give his State of the Union address.

To make things a little fun, let's think about some of the things we're not going to hear from Donald Trump. Below is my list of the 10 Things You Won't Hear in Donald Trump's State of the Union Address:

1. The successes we're seeing on the economic front are the result of Obama's economy. Look, it took Obama 2 years to clean up the 2008 market collapse, and build a thriving economy. It's going to take Trump more than a year to wreck it (and wreck it he will).

2. Murders by white supremacists more than doubled in 2017 under the Trump administration.

4. How Trump has alienated allies, fomented global distrust, and stood by as the number of countries who disapprove of U.S. leadership tripled.

5. How Trump's cluelessness on foreign affairs has ceded U.S. positions in Asia to China (the South China Sea and the Trans-Pacific Partnership), Eastern Europe (it's Russia's for a song), the Middle East (Syria and Iran are closer to Putin than ever), in Mexico (with Trump's pointless wall and endless race-baiting), and in the African "shitholes" that no one in his administration want to visit.

6. Donald Trump caused the government shutdown because, as U.S. Senator Lindsey Graham (R-SC) put it, the president is all over the map and not a "reliable partner."

7. How, in the words of Senator John Kennedy (R-LA), while America was "founded by geniuses" it's now "run by idiots" in the Trump Era.

8. How the border wall won't solve our immigration issue because it's a 14th century solution to a 21st century challenge.

9. How we have had 5 government shut downs since the 1990s, and the GOP has been in charge of Congress every single time ... but 2018 was the only time when Congress and the executive branch belonged to the same party and they STILL had a shutdown.

10. How Donald Trump has wrecked Republicans credibility on the debt (with a $1.5 trillion tax giveaway), states' rights (abortion, sanctuary cities, marijuana, marriage, etc.), and being tough guys on foreign policy (especially when it comes to Russia and his mindless games of nuclear pattycake with the globe's other man-child, Kim Jong Un).

To be sure, we might hear Donald Trump talk about secret societies and made up conspiracies, primarily because his base needs them. The spooky "deep state" conspiracy stuff keep Trump's political family (cult?) motivated, so he just might complain about all the evil people out to get him (though I have think even he's not that stupid). 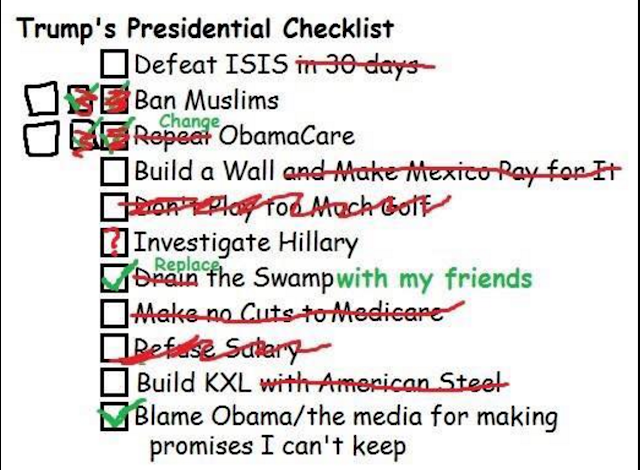 Oh, one more thing. Don't be surprised if Trump ignores Russia altogether, unless he goes off script and comments on how he wants to be friends with Russia ... as Vladimir Putin continues to outplay Trump (and embarrass America) on the global stage.