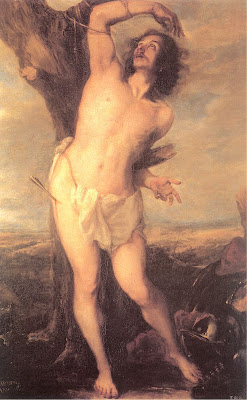 Consider what would happen 500 years ago when an individual hit the floor in a sudden frenzy of uncontrolled spasms. Depending on where you were in the world, an accepted response might be, “They’re possessed by an evil spirit, or the devil.” Accusations would be made. A good ol' witch burning might follow.

Because somebody began to question this mentality, today we know about seizures, epilepsy, and much more about how the body works. How did we get to this point? Because someone decided to ask questions and challenge what we were told and what we knew. This is the essence of secularism and science.

Both secularism and science are different from other ways of understanding the world because they encourage us to ask questions. Unlike accepting what we are told, as was the case during the medieval period, or accepting on faith what we read from the Holy Book, we pursue new answers to old questions. How important was this to human history and the founding of this country? To help us undestand, consider how war and science have been impacted by keeping religion out of its calculations.

RELIGION & WAR: In 1651, on the eve of a major battle against Oliver Cromwell, Scottish military general David Leslie was ordered to conduct a “faith test” of the troops – probably at the urging of the pious King Charles. General Leslie lost 80 officers and 3,000 men to a purge mandated by religious elders who deemed the discarded warriors insufficiently spiritual. To square the circle – and as a final insult to common sense – Leslie’s spiritual “watchers” forbid his troops from fighting on the Sabbath. Cromwell’s victories in 1651 helped usher in Britain’s Protectorate.

RELIGION & SCIENCE: By looking through a telescope, and playing with some figures, Galileo was the first to scientifically suggest that the earth moved. The discovery was so revolutionary it brought the authority of the Catholic Church down on Galileo. The earth, according to Church teachings at the time, was flat and the center of the universe. The danger in Galileo’s discovery for the Church was that if the Church could be wrong about something as important as the position of the earth perhaps they could be wrong about other things, like the Divine Right to Rule. Galileo’s findings so unnerved his colleagues at the university in Padua that many refused the opportunity to look through Galileo’s telescope. Galileo was forced to recant.


Today, we have the Intelligent Design crowd and many Conservative Christians arguing that we should have more (Christian) religion in society. This mind-set flies in the face of what built this country. Separation of Church and State is not just a slogan to be used in high school civics class. It is grounded in historical and very real world developments that made this great country possible.

Follow me to the Commentary below for a longer discussion on Faith, Science, and Society.
Posted by Mark A. Martinez at 11:00 AM 1 comment:

A QUICK LESSON ON POLLS/SURVEYS

There are those who think the interactive Zogby polls on Hillary v. Any Republican are a problem. And they are, if you (1) are concerned about good polls and/or (2) are a Hillary supporter (the polls have her losing). Simply put, internet polls are skewed by the participation of motivated, partisan types (but they’re not as bad as the lazy reporters who run with the story).

For those who don’t understand how poorly constructed polls are done consider this extreme example. In 1936 the Literary Digest had Republican Alf Landon beating FDR in a landslide (57-43%). We know FDR walloped Landon with 62.5% of the vote. So what happened? Among the many problems for Literary Digest is their poll drew heavily from telephone directories and lists of automobile owners.

Don’t think too hard about it … it was the 1930s … we were in a Depression at the time. Who owned telephones and cars? Who were they most likely to vote for?

KISS YOUR DAY IN COURT GOODBYE?

You know that promise, about getting your day in court? By way of Bob Sullivan-Kevin Drum-Mother Jones we find more and more people are losing/giving up this long-held American right. But it’s not the communists who've gone after our court system. No, apparently it’s the corporations and who are getting in bed with arbitration firms. From Mother Jones …

All of this is especially nefarious given that the vast majority of consumers who attempt to seek justice in mandatory arbitration lose. The nonprofit consumer group Public Citizen recently analyzed data the NAF provided to the state of California, one of the few states that actually requires arbitration firms to disclose information about their results. Public Citizen found that in 94 percent of 19,000 cases, NAF arbitrators ruled in favor of the businesses that hired them ...

One reason businesses often come out on top in arbitration is that arbitrators who rule for consumers have a tendency to find themselves out of work. Such was the case with Richard Neely, a former chief justice of West Virginia's Supreme Court, who worked briefly as an arbitrator for the NAF. In an article called "Arbitration and the Godless Bloodsuckers," Neely reported that he had refused to award a bank arbitration-related fees that he judged to be far in excess of what a court would have charged. He never got another case. Neely is not alone. A 2000 study of forced arbitration in HMO contracts found that on the rare occasion that an arbitrator made a significant award for a patient, the HMO never hired that person to arbitrate a case again.

Scroll down to the Mother Jones story of Deborah Williams. In her case the Attorney General of Maryland determined she had been defrauded. She went to arbitration expecting to win. She lost and was ordered to pay a $150,000 judgment to the firm that defrauded her, and charged another $100,000 for the cost of arbitration.
Posted by Mark A. Martinez at 11:35 PM No comments:

This is simply incredible.

According to the Military Times the Defense Department was “dunning” wounded troops in an effort to get them to pay back part of their enlistment bonuses. The rationale? They had not completed their entire tour of duty. So, after being partially blinded by a roadside bomb Pfc. Jordan Fox was sent a bill for $2,800. He was then sent a second note telling him interest would be tacked on if he didn’t pay within 30 days.

And, if you’re wondering, this was not an isolated incident, or the result of “clerical error” as reported.

Fox might have been better off pulling a Paul Bremer and losing $8 billion. At least then President Bush might have invited him to the White House and given him a Medal of Freedom.
Posted by Mark A. Martinez at 10:43 PM No comments:

"I have nothing but contempt and anger for those who betray the trust by exposing the name of our sources. They are, in
my view, the most insidious, of traitors."
- George Herbert Walker Bush, CIA
dedication ceremony, April 26, 1999.

When Bush administration officials I. Lewis "Scooter" Libby, Karl Rove, Richard Armitage and Ari Fleischer betrayed Valerie Plame Wilson's identity as a covert CIA operations officer, they fell into the category of "the most insidious of traitors." Now we learn from the president's former press secretary, Scott McClellan, that the president himself "was involved" in sending him out to lie to the American public about the betrayal ...
For the rest of the article by Joe and Valerie Wilson click here.

In the FYI Department …

David Sirota has a an interesting article on why NAFTA (the North American Free Trade Agreement) hasn’t done what it promised. Wage disparaties are growing in Mexico – and here too – while immigration from Mexico has increased. Oh, and Mexico can now boast of being home to richest man in the world, with Carlos Slim (yeah, that’s his real name). And, believe me, this achievement can’t be racked up to Slim’s entrepreneurial spirit alone.

There are many reasons why NAFTA has not worked out as promised. Among them, as I noted over 12 years ago, is that there was never a plan for real investments in Mexico’s “infrastructures” (this article is in Spanish) and NAFTA’s failure to address real labor standards.

My friends, labor standards matter. Markets don’t simply work themselves out. You can bet this will be a topic of deeper discussion down the road. In fact, Duane Moore, has Mark Ayers, President of the National Building Trades of the AFL-CIO coming on December 8 to discuss these and other issues. Those of you interested in what organized labor can, and has done, for working families will want to tune in.
Posted by Mark A. Martinez at 12:19 PM No comments: