It appears that President Obama's Home Affordable Modification Program (HAMP) has been an abject failure. Promising to modify 3-4 million home mortgages, to date the program has only modified a paltry 449,000 mortgage contracts (with Bank of America doing a particularly poor job). If you're wondering why, look no further than the many speed bumps that the private sector has been putting up, or is in the process of trying to cover up.

The Washington Post is reporting that some of the "nation's largest mortgage companies used a single document processor who said he signed off on foreclosures without having read the paperwork." It appears that 41-year-old Jeffrey Stephan - who was once head of Ally's (formerly GMAC) foreclosure document processing team - was required to review individual foreclosure cases to make sure the proceedings were legally justified, and that the information was accurate. He was also required to sign the documents in the presence of a notary.

In a sworn deposition, Stephan testified that he did neither. 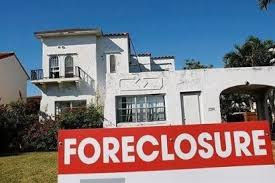 Processing about 10,000 foreclosure documents a month, Stephan's volume means that for every eight-hour day he processed foreclosure documents he spent about 1 minute and 30 second reviewing and signing each one. That's a pretty quick pace to be sending someone elses American Dream down the toilet.

This is a significant development because we're learning (again) that ratings agencies charged with assessing risk levels in mortgage pools "dismissed conclusive evidence that many of the loans were dubious, according to testimony given last week to the Financial Crisis Inquiry Commission."

According to testimony from D. Keith Johnson, a former president of Clayton Holdings, "almost half the mortgages Clayton sampled from the beginning of 2006 through June 2007 failed to meet crucial quality benchmarks that banks had promised to investors." When he brought his information to officials at Standard & Poor’s, Fitch Ratings and to the executive team at Moody’s Investors Service he was brushed off because "it was against their [the ratings agencies] business interests to be too critical of Wall Street." 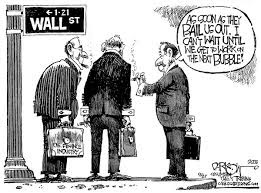 For those of you keeping score at home this means that (1) Wall Street insiders not only knew they were producing toxic loans but that (2) irregularities and possible fraud are now being ignored in the foreclosure process, in part because (3) the industry purchased insurance for the toxic loans they were signing off on, as I pointed out earlier this week.

Before the market collapsed in 2008 banks that held mortgages purchased insurance contracts in the event that they had to foreclose on a house (or had trouble with a mortgage backed security). We know this because Republic Mortgage Insurance Company (RMIC) sued Countrywide, Bank of America, and several other banks, claiming that either the borrowers or the banks lied during the mortgage origination process.

What's clear is that the mortgage fraud train doesn't begin with homeowners who never should have taken loans they couldn't afford (though this was a problem). It begins with an industry that could care less at the time if people could pay. All the industry was after were fees, up front bonuses, and to keep their money train chugging along.

So, in the event of the immense scale and breadth of fraud going on in this country, how are we Americans to continue having faith in the country's legal system? I mean seriously, are the bastards responsible for all of this havoc ever going to face justice? Bought out judges, bought out regulators, bought out politicians, and a media machine aimed at contorting any semblance of truth... Sounds like we're fucked

Your Net Worth Will Be More Than Halved After This…

Your Savings Will Be Worthless After China Does This

China Will Destroy Your Net Worth

Did you know that China is USA’s largest debt holder?

This means that all they need to do start devaluing the US Dollar is by selling their debt holdings to their secondary market.

This means the US Dollar value itself will crumble.

Some financial analysts have stated that the USD will more than halve in value over the next few months.

Are you and your family prepared?

Make sure you don’t let your net worth and savings be rendered worthless.

However, it’s not all bad news.

There’s a way that you can actually PROFIT from the fall of the US dollar and also any other economic collapse in the future.

Just click on the video before and learn how you can join the 1% of the elite that makes money each time there is an economic downturn.