WE HAD THE MANSON FAMILY, SAY HELLO TO THE TRUMP FAMILY 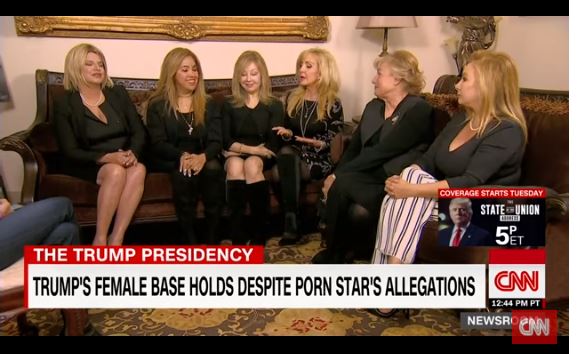 This is why we're in the mess we're in now. The kind of moral relativism we see in this clip is self-serving, and has nothing to do with any kind of principles - Christian or otherwise - that I've ever learned about.


Think about it. Trump can break the 1st (greed/gluttony), 7th (adultery) and 10th (covet) Commandments on a regular basis, and he's forgiven. But foreigners looking for a simple law to make them legal ... well we can't do that because they broke the law and can't be forgiven, in spite of what the Bible says about taking in foreigners.

With this kind of mindset governing his base, Donald Trump was correct. He could shoot someone and his base would still support him. Heck, they would probably line up to reload his gun, as long as he was shooting at a Mexican.

What we are witnessing with many of Trump's supporters is the making of a cult, plain and simple.

We had the Manson Family, say hello to the Trump Family.

FYI: I posted an incomplete version of this earlier today, which several of you might have seen. I accidentally hit the "publish" button. It happens.