QUICK, LET'S PANIC AND SHUT DOWN THE AIRPORTS ... OH, WAIT, THERE'S A REASON WE CAN'T DO THAT

I've pointed out numerous times how ridiculous our fear of terrorism is over the past few years. You've heard it before ... you stand a greater chance of winning the lottery than getting caught up in a terror related act in the U.S. Same thing with getting killed by lightening. In fact, you stand a far greater chance of getting shot by a toddler with a gun (at least in the United States) than you do of dying at the hands of a terrorist.

Then we have a political leadership that tells us the only thing we have to fear is, well, everyone who doesn't look or worship like us.

So, what should we do now that white terror suspect, Alexandre Bissonnette, from Quebec City has helped remind us that home grown and white extremists have killed more Americans in the U.S. than jihadists? 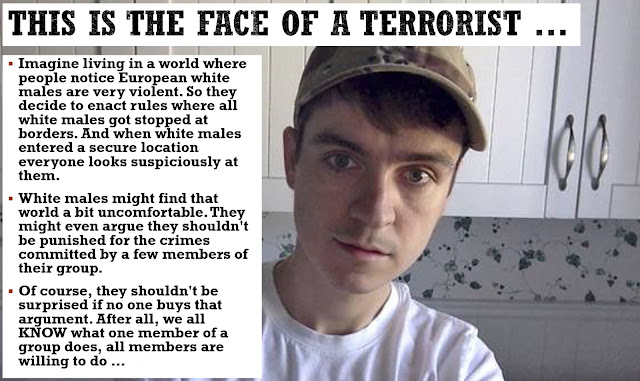 If we're using Donald Trump's logic, and simply singling out people because of their ethnic or religious similarities, the answer is real simple. We need to profile the white nationalists and right-wing political extremists. Then we hassle them at our airports and other points of entry, right?

So, why don't we do this? There must be a reason why we don't ... can someone help us out here, and explain why we don't profile and harass these people?

While we're thinking about this, here's a real fun fact: Alex Nowrasteh, an immigration expert at the libertarian Cato Institute has found that "[n]ationals of the seven countries singled out by President Trump have killed zero people in terrorist attacks on U.S. soil between 1975 and 2015."

So, has anyone figured why we don't profile guys like Alexandre Bissonnette, the Quebec City terror suspect, and those pictured below? 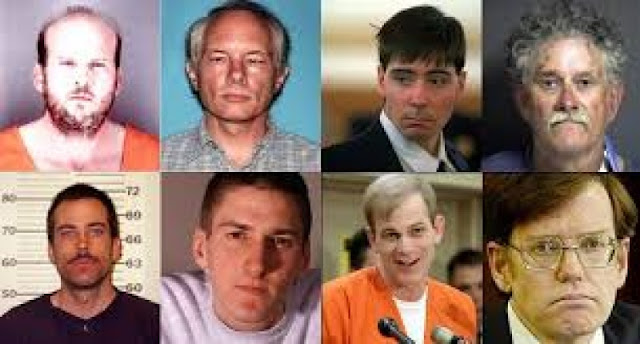 I know there must be a reason we don't profile these guys; if I could just put my finger on it.

Kudos to David for the byline in the meme.