LYNCHINGS IN AMERICA: KERN COUNTY AND THE REGION'S BROADER HISTORICAL TRAJECTORY ... WE CAN DO BETTER

With a majority of Americans agreeing that Donald Trump is a racist, the 60 Minutes piece that Oprah Winfrey did on lynchings in America earlier this month is both timely, and appropriate. As the 60 Minutes producers pointed out, many Americans can still be whipped up into a race-drenched frenzy on these issues. This is unfortunate since many Americans don't really understand the dynamics behind lynchings in America. This alone more than justifies the decision to show grizzly photos of African-Americans who had been lynched in America.

While the 60 Minutes piece focused on lynchings that occurred over 100 years ago, what was particularly interesting was the "lynching map" that was shared with their viewers. 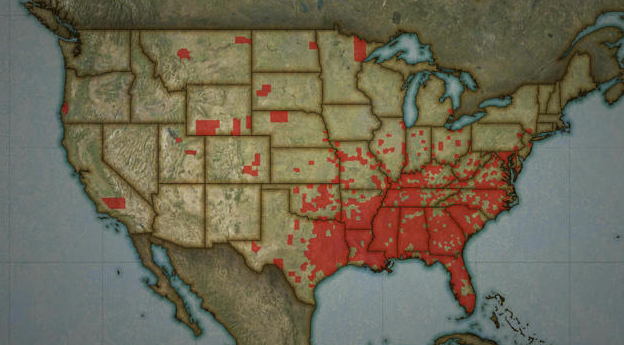 No one should be surprised the vast majority of lynchings took place in the south where, for many, Jim Crow and the Black Codes were as much a part of their culture as the Bible. What stood out for me, however, was the California county that made the 60 Minutes map, Kern County (though this 1931 map suggests otherwise). 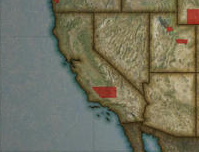 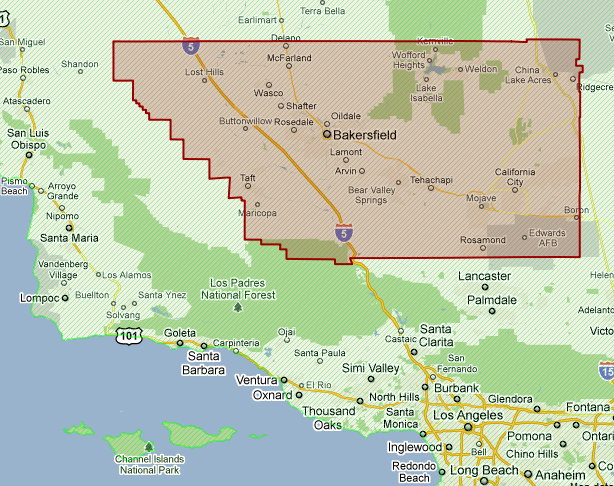 Kern County, as my regular readers know, is where I make my home. It's one of the most politically conservative counties in California. To reporters who call to inquire about the region, I often refer to our corner of the world as "Texas West" (excluding Austin, of course). Kern County also happens to be home to one of the most ardent opponents to immigration reform and DACA in Congress, House Majority Leader Rep. Kevin McCarthy (R-Bakersfield).

To be sure, Rep. McCarthy likes to say he supports immigration reform. But this is political cover. His actions make it clear that holding out for comprehensive immigration reform - while also supporting Trump's rollback of DACA - is part of a larger stalling tactic.

The stalling tactic provides two benefits for the GOP. One benefit is tied to self-preservation. Conservatives understand millions of Latinos are both ready to become U.S. citizens, and anxious to register as Democrats (primarily because of the race-bating tied to GOP policies). The second benefit showered on Republicans is how their political base can rail against "illegals" in perpetuity. This allows the GOP to throw anyone who looks Mexican (or looks like me) into a broader suspect class. The first benefit is tied to political survival, the second feeds their base.


To help legitimize his inaction, Rep. McCarthy likes to claim immigration reform must be accompanied by national security guarantees, like building a wall along our southern border (though I tried to set the record straight with Rep. McCarthy in this radio exchange). Trying to wrap national security around fear mongering, and inaction, is no accident of time, or history.

Claiming national security as one of their primary concerns in the 1960s and 1970s, conservatives in Kern County claimed - against all evidence, and common sense - that the United Farm Workers (UFW) had been infiltrated by communists. This is the excuse many Kern County farmers and political leaders used to adamantly oppose the UFW at almost every turn at the time.

From opposing the UFW's purchase of the Kern County grounds that is the current home of the National Chavez Center, to fighting virtually every initiative proposed or fought for by national civil rights icons Cesar Chavez and Dolores Huerta, Kern County's political leaders have often found themselves on the wrong side of history, as the Robert F. Kennedy clip below illustrrates.


In the present era, we just saw Kern County's Board of Supervisors spend two years and at least $6 million to oppose a redistricting challenge filed and won by the Mexican American Legal Defense Fund (MALDEF) and the Dolores Huerta Foundation. Kern County was fighting to preserve the gerrymandered status quo, where four of five county supervisors are white males, and claim to understand and represent a county where 50 percent of the population is made up of Latinos.

While MALDEF is basking in its Feb. 2018 court victory, it's no secret that the most conservative elements of our region continue to stand on the wrong side of history, and justice.

For example, Kern County's Sheriff Donny Youngblood was recently profiled in the Los Angeles Times for his awkward comments suggesting that it costs the county less to kill a suspect than it does to put them in jail. While it's easy to see how his words were more inarticulate than deliberately malicious, they come on the heals of The Guardians year-long series which explained how Kern County was home to "America's deadliest police" in 2015. 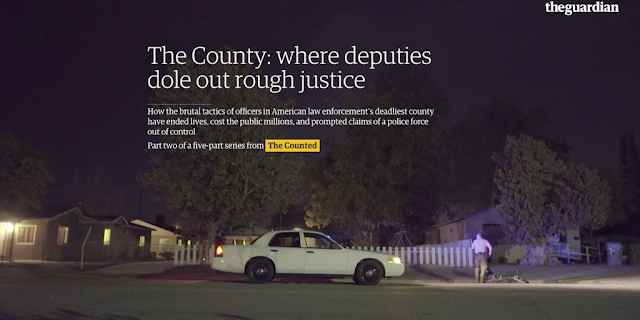 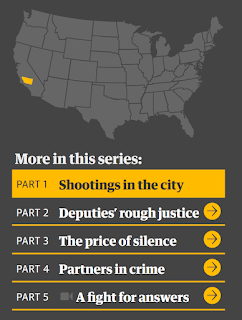 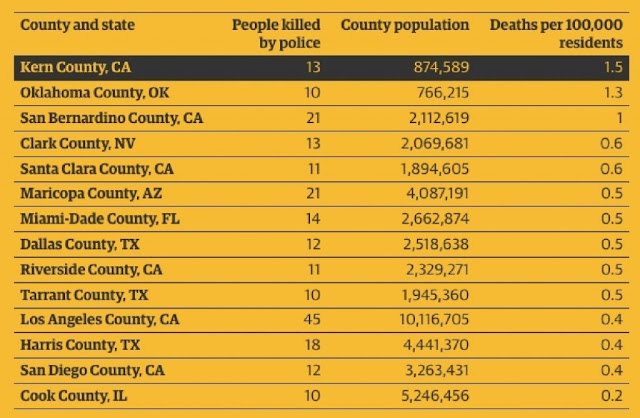 All of this helps explains, in part, why seeing Kern County on the 60 Minutes  "lynching map" is both interesting and disturbing.

Simply put, while there have been some very progressive forces to come out of central California's Kern County - Bakersfield's Dorothy Donahoe developed California's Master Plan for state colleges and universities, while Earl Warren, former Chief Justice of the Supreme Court, grew up in Bakersfield - the regions broader political trajectory appears to work against it's economic development prospects, and history's broader arc of justice.

Whether it's making 60 Minutes' lynching map, being represented by a national figure who acts as a drag on comprehensive immigration reform (and other issues tied to social justice), or being on the wrong side of history when it comes to labor and the representation of Latinos, Kern County can, and must, do better.

Mark, we came across your interesting blog after visiting the Montgomery Memorial to Peace and Justice. We too took notice of Kern County, the only county in California that has had known lynchings. The Equal Justice Initiative created the incredible monument and is also involved in a Community Remembrance Project that includes placing historical markers in counties where lynchings occurred. In speaking with an EJI representative, I learned that about 70% of the counties with known lynchings have come forward to accept responsibility for their history and to make plans for their monuments to be erected in their counties. If you are interested in learning more, contact them at memorialmonument@eji.org
Thank you, Pete and Kristina

Similar to above, I have come across your blog after visiting the Montgomery Memorial to Peace and Justice. Being from California, I surprised and curious to learn lynchings had taken place in CA.

Also, similar to above, I strongly encourage you to follow up with the EJI, they are doing such amazing work in bringing awareness to these murders and working toward restorative justice. Landmarks are powerful way for communities to repent and reform, to do better, as you state in your post.