MY KERN RADIO DEBATE WITH REP. KEVIN McCARTHY ... AND WHY WE'RE IN THE DACA MESS WE'RE IN TODAY 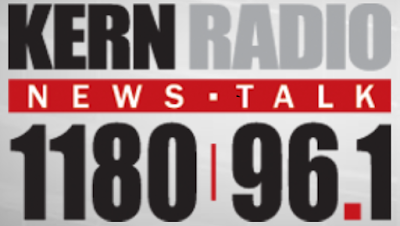 This past Tuesday,  after it became clear that Donald Trump was going to rescind DACA (or Deferred Action for Childhood Arrivals), I did a series of media interviews. One of the interviews I did was on The Ralph Bailey Show, which is produced by KERN Radio. During the interview Bakersfield's congressional representative, and House Majority Leader, Kevin McCarthy called in to discuss the president's DACA decision.

This was a surprise because I thought Rep. McCarthy was going to call in after I left the program (for another interview). It didn't matter to me either way because I was there to talk about DACA, and immigration. Having Rep. McCarthy on the program was only going to make it more interesting.

Once we got going one thing became very clear: Rep. McCarthy doesn't care to listen to anything that's going to take him off of his narrative.

There was also something else that stood out. Rep. McCarthy really didn't want to discuss the 2013 immigration legislation (Senate Bill 744; admittedly, I forgot the number on air). After I asked Rep. McCarthy why the GOP didn't vote on a bipartisan piece of immigration reform legislation (1:30 into the clip), that was crafted primarily by Senate Republicans, he said there weren't enough votes. Then our discussion drifted into terrorism and national security.

In reality, Rep. McCarthy didn't want to discuss the 2013 legislation in any great detail because not only did it have bipartisan support (which I pointed out) but he knows what the larger story reveals.

ROOTS OF OUR DACA MESS
In a few words, we had an immigration bill in 2013 (SB 744) that had bipartisan support, but Speaker John Boehner decided not to bring it up for a vote in the House of Representatives. Why? In real simple terms, Boehner didn't bring it up NOT because, as Rep. McCarthy said, the legislation didn't have the votes. What Boehner and the GOP leadership (including Kevin) feared was the legislation would put reform minded members on record, or that it might pass. This would be followed by Tea Party extremists going after vulnerable Republicans during the primary elections. This is the real reason Speaker Boehner refused to bring the immigration bill up for a vote.

So, yeah, the GOP leadership sacrificed a comprehensive immigration bill (SB 744) because they believed it would force many congressional Republicans into having to deal with Tea Party opponents, and possibly losing their seats in a primary election.

When Rep. Eric Cantor lost his primary election to a Tea Party opponent in 2014, immigration reform in a Republican led Congress was dead in the water.

So much for country first. Political survival was the name of the game here.

For Rep. McCarthy to say on air the legislation didn't have the support it needed to pass in 2013 is, quite frankly, an "alternative fact" the GOP wants America to believe today.

Here's something I failed to bring up during our discussion (in part because Kevin steered the discussion towards terrorism). Because the GOP failed to vote on the comprehensive immigration legislation in 2013, the DACA program created by President Obama's executive order in 2012 became our de facto immigration policy for our young undocumented population.

Keep in mind that President Obama always said that DACA was a temporary policy, put in place to protect ambitious students and workers. It was always supposed to go away (become irrelevant?) once Congress acted to create and pass comprehensive immigration reform. This never happened. The presence of DACA today, in many ways, is a product of the GOP's failure to act in 2013.

Because some of what Kevin and I said on air became garbled as we began to speak over one another (he's got stuff to say, and so do I), below - courtesy of KERN Radio 1180, and The Ralph Bailey Show - are some of the things I tried to explain to Rep. McCarthy.

* I KNOW MEXICO: After being prodded by Ralph Bailey (Ralph asked me, "Why are you so afraid of controlling our borders"?), Kevin referenced how scary things are on the border, and asked if I had ever spoke to border patrol agents about what's going on there. I gently reminded Kevin that not only have I spoken to border patrol agents (and DEA agents) about what goes on at the U.S.-Mexico border (as a university professor I/we get to speak to a lot of people), but reminded him that I have lived in Mexico, and even taught (at the university level) there for a year. In the FYI category, I also teach a class at CSU Bakersfield on the Politics of Mexico, have driven and traveled extensively around the border area (without body guards), and regularly give lectures on drug economies in Latin America/Mexico.

* 9/11 HAS MANY USES: Kevin tried to bring 9/11 into the conversation, so I responded by saying, "I'm not going to help you sensationalize 9/11" and told him that "the numbers [odds of being caught up in an attack] aren't there." The fear mongering continued.

* LOST COMMENTS: My final comments were cut off from the segment posted by KERN Radio, but I'm pretty sure I made it clear that Trump's DACA decision was not legally required, and what's happening today is driven by a larger political agenda tied to fear and paranoia.


There were a few more moments in our discussion that were hard to discern, but you can hear it all by listening the audio clip above, or by clicking here.

UPDATE: FYI, our discussion was picked up by Think Progress, which you can access by clicking here. I'm going to be blunt here; the Think Progress article makes our exchange appear more exciting than it really was. Good writing can do that :-).