CRONY CAPITALISM IN U.S. IS THRIVING ... GOP TAX CUTS RAINING MONEY ON RICHEST AMERICANS, BUT NOT YOU AND ME 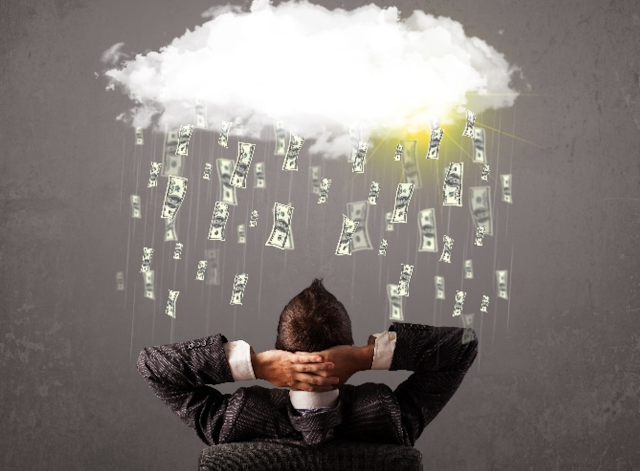 The Week has the goods on the impact Donald Trump's tax cuts are having on middle-class Americans. It's not good.

* While roughly $6 billion in new wages have gone to laborers, payouts to shareholders in the form of stock buybacks stands at $171 billion, and counting.

* New capital goods orders - which should have risen after a surge of cash, according to trickle down economics - remained stagnant after stock buybacks. What this means is new investments are not being made.

* The "tax break" for average American families is a complete non event. After the tax cuts were implemented, every two weeks about 1/3 of middle-class American families has seen either an increase or no change in their tax bill. About 22 percent have seen between 1-20 dollars in their paychecks, while 19 percent are getting a whopping 20-50 dollars more every two weeks. Check it out ... 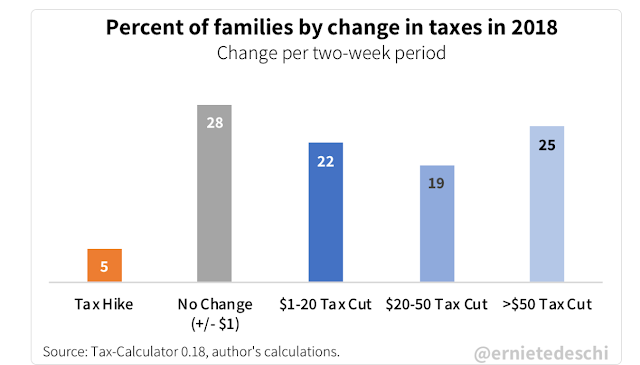 Here's one more nugget: the meager increases we're seeing for the vast majority of Americans is actually split between two paycheck (husband-wife) households.

The verdict? Money is literally raining down on the wealthy for no other reason than Republicans felt the need to mollify and reward their base. Think about what this means. The rich aren't working harder. They're not any smarter. They're not any more innovative than they were last year. No, their new riches are the product of favorable legislation.

This is crony capitalism, plain and simple.

You can read the entire article by clicking here.