TRUMP JUST GOT PLAYED IN SINGAPORE ... YET HIS SUPPORTERS THINK HE'S WINNING 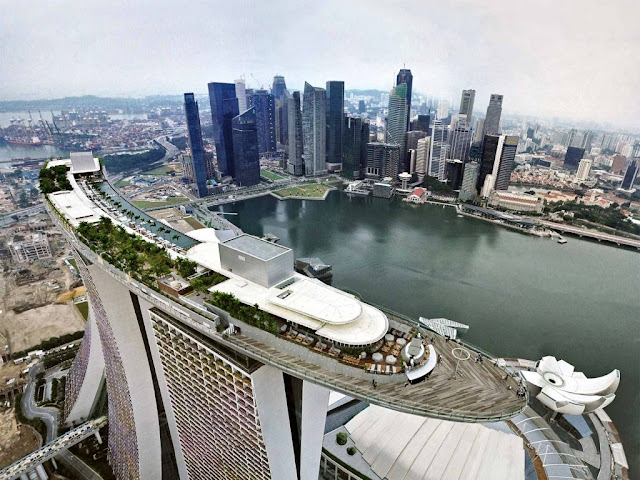 Donald Trump is getting played on the global stage, but continues to think he's some kind of geopolitical grand master. After giving away the South China Sea to China for a song, bungling our NAFTA negotiations, getting wiped off the Trans-Pacific Partnership map (then trying to get back in), becoming a global pariah on climate change, ticking off our western allies because he doesn't understand trade, continuously blowing diplomatic kisses to Vladimir Putin, and backing away from an Iranian nuclear framework (that even Russia and China support), Donald Trump just gave North Korea's dictator a diplomatic and geostrategic gift.

Not only did Donald Trump grant Kim Jong Un a big geostrategic gift - the suspension of military exercises - Trump also gave Kim Jong Un the global and political legitimacy that he's been craving for years. And he did this after creating a line in the sand, and telling the world that Kim Jong Un would have to denuclearize if the U.S. were going to negotiate.

Now after daring the Korean dictator not to cross his "denuclearize-or-else" line, Trump unilaterally gave into Kim Jong Un's wish list, which effectively gives Kim the story line to go back and tell his people - and argue credibly to the world - that just possessing his nuclear toys allowed him to outfox the U.S. on the global stage.  The NY Times' Nicholas Kristoff explains:

Within North Korea, the "very special bond" that Trump claimed to have formed with Kim will be portrayed this way: Kim forced the American president, through his nuclear and missile tests, to accept North Korea as a nuclear equal, to provide security guarantees to North Korea, and to cancel war games with South Korea that the North has protested for decades.


What did Trump - faux author of "Art of the Deal" - get in return? Nothing.

Oh, wait. Kim did say he was committed to the denuclearization of the Korean peninsula ... which is exactly what North Koreans have promised since 1992. 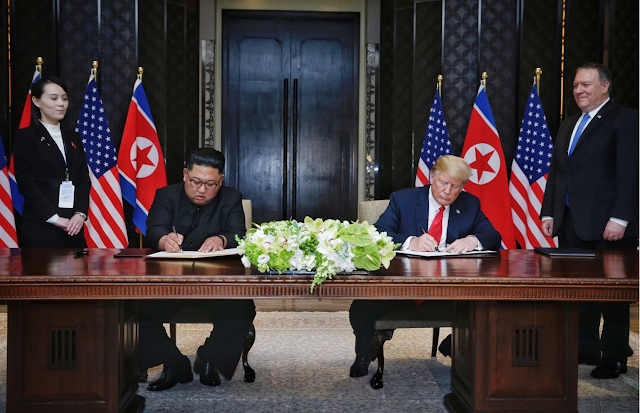 So, this is what we have. North Korea keeps its promise to think about a denuclearized Korean peninsula, while Trump stops military exercises, grants additional security guarantees to Kim and effectively gave Kim a global stage to tell the world that the U.S. is now listening to him.

Nice, if you're Kim Jong Un.

What's worse is what Mr. Art of the Deal failed to get from the North Koreans. And it's "Nuclear Negotiations 101" stuff that Trump, and his even tougher 'tough man' negotiator, John Bolton, should have pressed for all day long. But they didn't.

Nicholas Kristoff provides a small list of things Trump failed to get (or even ask for?):


1. Freeze all plutonium and uranium programs (the Iranian deal compelled Iran to eliminate 98 percent of its enriched uranium).
2. Destroy its ICBM missiles
3. Allowing inspectors into North Korea's nuclear sites.
4. A timetable (to be fair, you can't have a timetable if you got nothing to put on the table)
5. A pledge from North Korea to halt nuclear tests, or long range missiles.

There's more, but here's the point. Donald Trump just made a major blunder - in a long string of blunders - on the global stage.

OK, here's one more thing to think about.

Contrary to what Donald Trump thinks, Kim Jong Un didn't agree to return to Singapore because of Trump's demands. China's desire to keep it's finger in the pot compelled them to maintain UN-imposed sanctions on North Korea. As well, Kim Jong Un met with China's President Xi Jinping in the run-up to the summit to discuss security terms (North Korea's) with China. It was China who gave Kim the green light to go to Singapore.

How influential was China in all of this? The North Korean dictator arrived in Singapore on an Air China plane (China's state-run carrier). 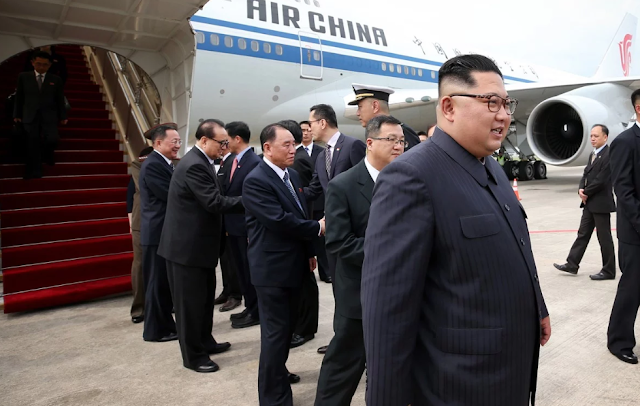 Finally, I want you to consider where North Korea was before the Singapore Summit (and where they're at today). North Korea is one of the poorest nations in the world. Their people regularly experience periods where many starve, and lack for basic amenities, like energy. Check out a satellite picture of North Korea at night, where most of the country is blacked out for lack of electricity (Seoul is the bright light at the top of South Korea) ...

What this means is that Kim Jong Un didn't have many chips on the table to negotiate with at the summit, yet he's walking away with significant gifts from Donald Trump. For his part, Trump will end up getting mad and throwing another global tantrum when Kim doesn't move on his "denuclearization" non-promise, and scratch his gifts to Kim, creating a diplomatic nightmare that didn't need to happen.

So, yeah, all of this is going to come back to haunt us.

Specifically, unraveling our security guarantees in the region, undermining long-standing western alliances and agreements, while enabling dictators are all going to cost us down the road, big time.