IS TRUMP TRYING TO DESTROY THE WEST? IT SURE LOOKS LIKE IT

" ... Trump isn’t telling the truth about trade, much as
he has lied about Barack Obama’s birthplace, his own
position on the Iraq War, his inauguration crowd, voter
fraud, the murder rate, Mexican immigrants, the Russia
investigation, the Stormy Daniels hush money and several
hundred other subjects. The tariffs aren’t a case of his
identifying a real problem but describing it poorly.
He is threatening the Atlantic alliance over a lie." 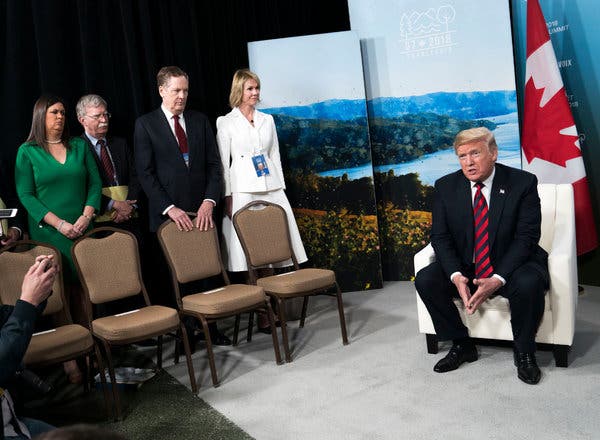 You can read David Leonhardt's entire article - "Trump Tries to Destroy the West" - by clicking here.