FALSE EQUIVALENCY AND THE GOP's CULTURE OF LIES 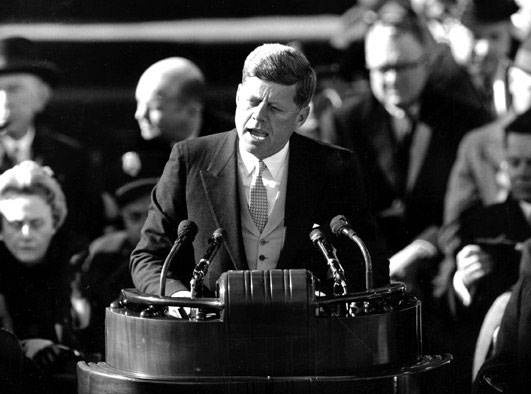 "The great enemy of the truth is very often
not the lie, deliberate, contrived, and dishonest,
but the myth, persistent, persuasive, and unrealistic."
- John F. Kennedy

Have you ever wondered how Fox News, Rush Limbaugh, and other conservatives have been able to convince so many Americans to turn against President Obama, or to work against their own interests? It's tied to disinformation and a culture of lies, and can be traced to something we call false equivalency. Here's how it works.

False equivalency occurs when someone falsely compares what one person did (or does) against a "similar" action without taking into account context, wide differences, and facts that make the comparison ridiculous. It's a technique designed to distract and dilute the facts, which is crucial if you want to muddy the political waters, or provide cover for failure.

It can be as simple as someone staying up all night with a sick baby and then saying, "I'm tired, I didn't sleep at all last night because I stayed up caring for the baby," only to be met with, "Yeah, I'm tired too, I stayed up past my bedtime watching Jay Leno." Another example of a false equivalency (FE) might go something like this claim, which I dealt with yesterday on the Jaz Mckay radio show.


I came to this country as a Canadian, but I assimilated and eventually became a U.S. citizen legally. All Mexicans should be able to assimilate, and become a legal citizen like me, as well.

The reality here - which I incorporated into my reply (after I asked a few questions) - is that assimilation is much easier if you have a law degree (the caller did), if you already speak English, if you're fair skinned, and if you arrive in the U.S. from an Anglo-Saxon country, like Canada. These factors are far different than if you are a poor, uneducated, Spanish-speaking Mexican.

The Canadian-Mexican comparison is not the same. It is a false equivalency comparison designed to ignore or hide very real contrasts. 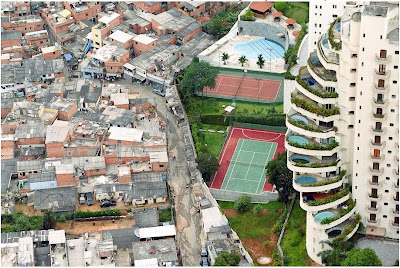 So, why am I bringing this up? Because of an evolving story that's starting to gain traction in conservative circles. The story began with President Bush in 2008 (and perhaps as early as 2000, as we'll see).


"In terms of the economy, look, I inherited a recession, I am ending on a recession."

Nothing to see here. I'm leaving things exactly as I got them. Right ...

According to the National Bureau of Economic Research a recession is officially declared when you have two consecutive quarters (six months) of GDP decline. This never happened under President Clinton. Growth slowed during one quarter, but not two. But the deception doesn't end there.

President Bush conveniently ignored that President Clinton left him hundreds of billions in budget surpluses. The CBO projected that these surpluses would grow and generate about $5.8 trillion by 2011. President Bush blew through all of this, then left President Obama with annual trillion dollar deficits. 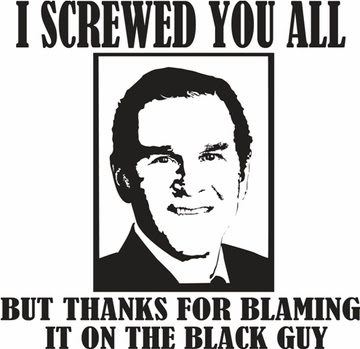 But this didn't prevent President Bush and his team from lying about the "Clinton's recession" (that never was) so that they could falsely draw parallels to the "Bush recession." And it worked. By 2004 the false equivalency "Bush Recession = Clinton recession" claim had at least 62% of Americans believing the falsehood that an economic recession "began during Bill Clinton's administration, before George W. Bush took office."

Along the way Team Bush and the GOP were aided by Fox News, Rush Limbaugh, and other conservative mouthpieces. This is important to understand today because two of the biggest mouthpieces of the right - Rush Limbaugh and Sean Hannity - are now planting the utterly false idea that when President Bush left office the unemployment rate was around 5.6% . Huh?

Check out this chart on unemployment rates from the Bureau of Labor Statistics ...

No matter how you slice it, when President Bush left office at the beginning of 2009 the unemployment rate was right around 7.5%, and climbing. Proving that stupidity and mendacity are contagious among like minds, on Monday Sean Hannity claimed that President Obama "inherited unemployment at 5.6 percent."

Both Limbaugh and Hannity lied by deducting two percentage points from Bush's unemployment figures simply because they want to attack President Obama, and then get America to abandon him. If the economy and the nation go down in flames in the process, too bad. 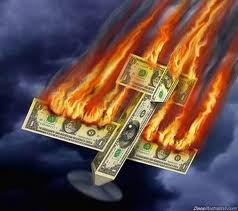 What's happening here is that the far right is in the process of trying to rewrite history, not so much because what they say is true, but because they understand that false equivalencies that involve lies actually work. Suggesting that what President Bush left President Obama is equivalent to what Bush inherited from President Clinton is patently false, and part of an evolving narrative of lies.

If the GOP can wrap these lies up into another false equivalency story about unemployment and the economy, even better. The question is whether the American public will fall for it, again.

Well I'm not going to lie. I do not have high hopes for America. I think America will fall for it again. Americans in general have a false equivalence mentality and believe crap like Jersey Shore are the same as the news because it's reality.

Look, Bush won election in 2004 (cause he stole the first one) because America fell for his lies. After a total of 8 Bush years, they chose Obama and Democrats took over congress. TWO YEARS IN and America forgets about the previous 8 years. That does not give me high hopes for America come election year.

Hey Mark, you need to get some sleep buddy. The challenge you and the other Liberals are experiencing is, Americans don't give a poop who caused the problem they just want it fixed. All of the finger pointing doesn't get people employed, bring gas prices down, get housing prices going in a positive direction or restore our now downgraded credit rating. The reality is Obama has a record of failure that he has to live with. After trillons in Federal spending, under the current administration, our economy, employment, consumer confidence, and credit rating are lower under Obama than they were under Bush. You can continue to try to pin Obama's record on Bush, but Americans are not buying that argument. If you don't believe this, just look to the last election for verification. At some point, you and the other Democrats have to start taking some responsibility for our current economy and the failed policies that have, in part, gotten us here. I have yet to hear one Democrat step up and say that they contributed to our economic downfall.

I have another one for you Dr. Martinez.

This year's One Book One Bakersfield will be "The Other Wes Moore" by Wes Moore. Wes Moore will be at CSUB in November. Also, I speak regularly with a detective in the Lamont area. He half jokingly half seriously commented that he was going to ask Moore, "How's that change working for ya?" He said this because Moore spoke 40 minutes before Obama would announce is run for presidency. I told the detective, "It's hard to make a change when a Republican Congress refuses to work with him." He said, "I wouldn't want to work with him either. They talk about Clinton having a surplus when he left. But he did it with a Republican Congress (emphasis on Republican Congress). Obama had a Democratic Congress and they F---ed it all up." At that point he was getting ready to debate and it wasn't the place or the time to play.

Antoher sterling "fun-fact" filled ramble down and through the twisted neural pathways of random disjointed synaptical flashes of self-congratulatory nonsense by R.M. (I guess it makes sense to him)

The "man" could be the poster-boy for the "Just Say No" (to keyboards after THC, Crank, Crack, Booze, etc.) Campaign - They need to hire him. Madison Avenue could do no better --