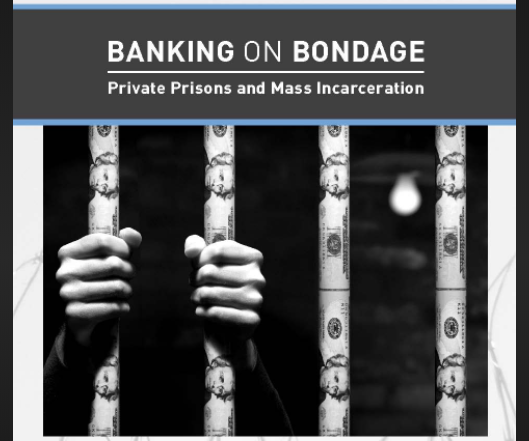 For-profit prisons have become one of the largest lobbying groups in the nation, and should be considered a cancer on our nation's political soul. The prison industry's impact, in a time of declining crime (like murder), has been nothing short of scandalous. Think about it. There are now more people under "correctional supervision" in America (more than six million) than Josef Stalin ever had in Russia's Gulag.

This is due, in part, to our nation's for-profit prison industry's lobbying efforts, which helped double the private prison population between 2000 and 2010. Disproportionate drug sentencing laws, zero tolerance policing, and mandatory-sentencing laws all feed the bottom line. Today the for-profit prison industry earns well over $3.3 billion a year. Currently, "tough on crime" candidates and promoting harsh immigration and deportation policies are just part of what the industry looks to help increase profits (though the industry publicly denies they support either). 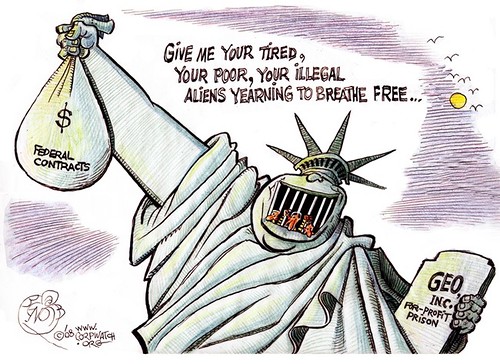 The real coup of the private prison industry - and a big part of the industry's growth projections today - is immigration detention. Over the past decade the industry has gotten the federal government to send nearly half of the nation's immigration detainees to their facilities.

This helps explain why part of the for-profit industry's "growth strategy" includes lobbying Congress to increase funding for Immigration and Customs Enforcement (ICE). As well, because holding detainees for longer and longer periods is a good thing for the industry, congressional inaction on immigration means more profits. The industry's financial future is bolstered every day xenophobism, anti-immigrant posturing and racial scapegoating that currently divides our nation continues.

Because incarceration is their product, hate and fear feed the bottom line. Donald Trump has been a godsend for the industry.

Among the worst aspects of the for-profit prison industry is how it has been able to get Americans to support a series of policies that now place incarceration in the same league as colleges and universities when it comes to spending. In fact, over the past two decades "the money that states spend on prisons has risen at six times the rate of spending on higher education." 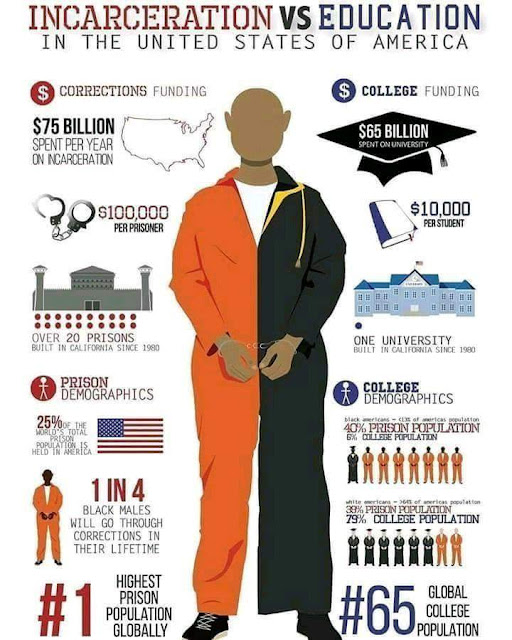 While there is much more to this topic, what I want you to remember is how the for-profit prison industry is growing in a time of declining crime.

A second point to remember is that the industry will continue to thrive every day our nation is divided while Congress drags its collective feet on the "illegal immigration" issue.

Both of these developments are a cancer on America's political soul.