THE DISCUSSION ABOUT TERRORISM AMERICA SHOULD BE HAVING

Check out the headline posted below. Then take a look at the quotes under the post, along with the bar graphs. It you have an open mind and want to understand the "terrorist" discussion we should be having in America, click here. 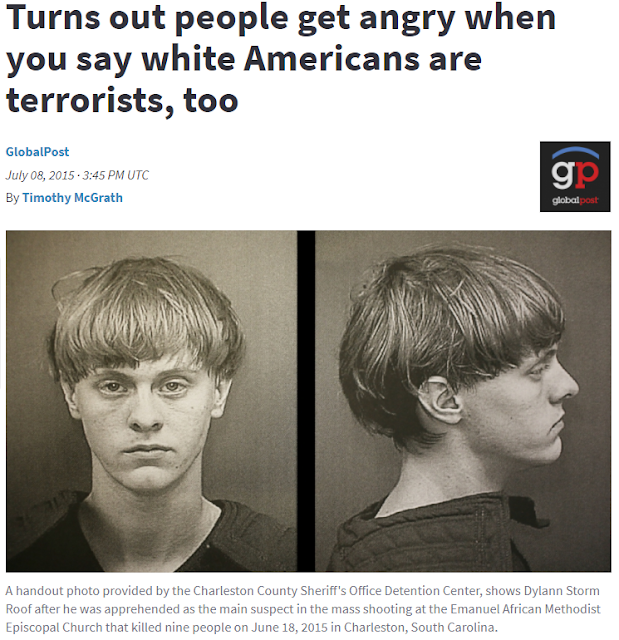 
"... According to a DHS-funded survey published in 2014 by the National Consortium for the Study of Terrorism and Responses to Terrorism (START), law enforcement agencies considered sovereign citizen extremists the most dangerous terror threats in the United States — ahead of foreign Islamic extremists." 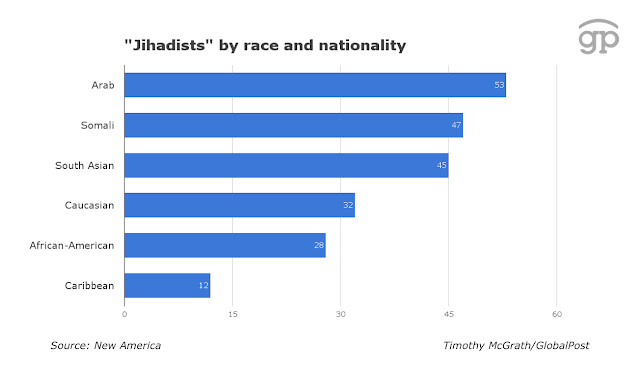 "... Al Qaeda killed almost 3,000 people on 9/11. The United States' subsequent military operations in Afghanistan and Iraq — and more limited counterterrorism operations in Pakistan, Somalia, and Yemen — have meant the US public has spent over a decade imagining the enemy to be a foreign Muslim man with an AK-47 or a suicide vest. Combine that with a 24-hour news cycle that privileges simple narratives over nuance, and with policymakers who have too often shown a lack of knowledge about the history, politics, and cultures of the places where the US wages war and sees threats — and you're looking at some entrenched, perpetually reinforced stereotypes about Muslims, Islam, and terrorism." 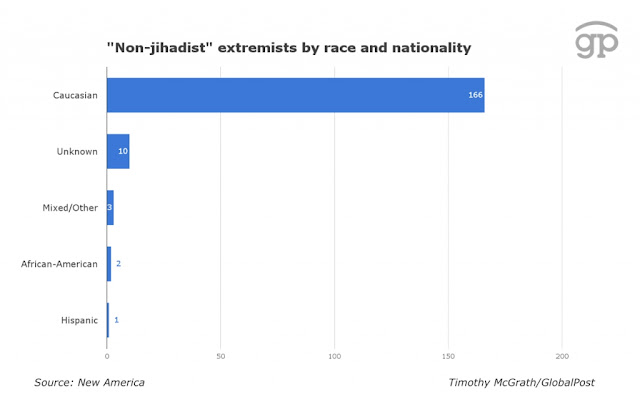 "... the New York Police Department worked with the FBI and CIA to create a secret “Demographics Unit” tasked with monitoring and infiltrating mosques, spying on Muslim students and collecting data on Muslims living in the city. There was no probable cause, no reasonable suspicion of wrongdoing. This was profiling, pure and simple. After six years, the NYPD closed the unit. It had never produced a lead or an arrest. "