TRUMP'S TAX CUTS DON'T TRICKLE DOWN ... They Stay in the Same Corporate Swamp 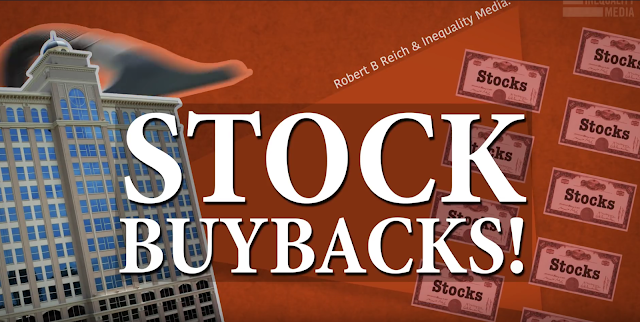 America's largest corporations and America's top richest 1% got a tremendous gift when the GOP and Donald Trump gifted them a tax program that was supposed to fix everything in our economic world. Instead, we're now looking at trillion dollar budget deficits, again, and just borrowed almost $300 billion in one day to fill in our financial cracks.

Instead of doing anything that would help the long term interests of America's working class, the aristocrats of corporate America decided they would make themselves richer with stock buybacks. Robert Reich explains how this happens ...