PRESIDENT "STABLE GENIUS" DOES IT AGAIN ... MORE TARIFFS, THIS TIME ON CHINA

Because this is such a serious topic, let's start with this ...

It was June 1930. One of the partners at J.P Morgan, Thomas Lamont, is speaking with President Hoover, and is very agitated. The issue at hand was the fate of the Smoot-Hawley tariff legislation that President Hoover had on his desk. Fearing the global impact the tariff act would have, Lamont said: "I almost went down on my knees to beg Herbert Hoover to veto the asinine Hawley-Smoot [sic] Tariff."

Hoover ignored Lamont's arguments and signed the tariff bill. Import duties (i.e. taxes) were imposed on nearly 900 products which, as Lamont noted, "intensified nationalism all over the world."

The Smoot-Hawley Tariff Act - sponsored by Rep. Willis Hawley (Oregon) and Sen. Reed Smoot (Utah) - kicked off a round of competitive tariffs and counter tariff measures that made an already bad economic situation worse. Global trade would collapse by two-thirds between 1929 and 1933, from almost $3 billion to just $992 million. 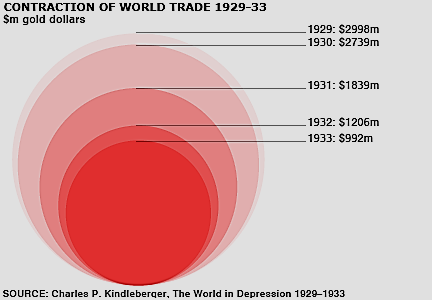 Incredibly things would go beyond competitive tariffs, and get even worse. Nation-states attempted to one up each other in the currency game with competitive devaluations (which would make their products cheaper abroad).

With the world in depression mode, competitive tariffs and competitive devaluations created an ugly international environment that would get uglier as the serpents of Nazism came out of the woodwork, and rose to power in Germany.

I'm bringing all of this up because Donald Trump just announced that he's going to raise tariffs on China because of their balance of trade surplus with the United States. The Chinese have made it clear they will retaliate. This means counter tariff measures on goods coming from the United States.

This comes off the heels of Trump raising tariffs on steel and aluminum, which he's already started to walk back by exempting several allies. China, Russia, Japan, India and Taiwan are not on the exempted list. 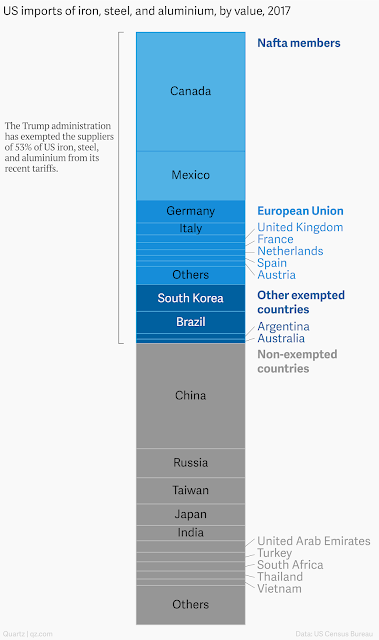 Here's the point. Donald Trump is embarking on a path that does little to enhance the prospects of commercial stability, let alone free trade. What he's doing only serves to isolate and antagonize nation-states that will ignite confrontational policies in other areas.

What we need to remember is that the U.S. is no longer in the position to push trade policies that are rooted in bluster and bullying. The dollar is already under scrutiny because of continued deficit spending. Our allies are suspicious of Trump's motives, and his stability. And the Chinese and Russians are looking for any crack to push the U.S. and its allies further apart.

When the market crashes (and it will) pushing tariffs like Trump is doing has the potential to lead to an economic unraveling that niether Trump, nor any other nation-state will be able to control. Then there's the Russian and Chinese angle, both of whom gain when the U.S. loses.

So, yeah, there's more to this story that's yet to come.

For the moment, though, all we have to deal with is yet another drop in the stock market after Trump's tariff announcement. And that's the good news.