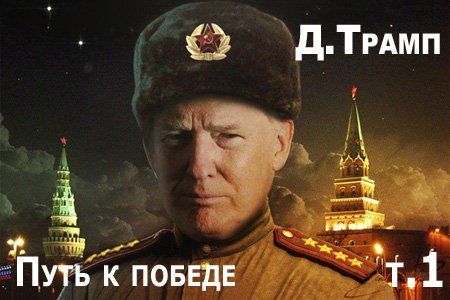 This should be troubling, even for Trump's most ardent supporters. It makes Hillary Clinton's "so called" email scandal look like a bungled Inspector Clouseau investigation. Specifically, former Labor Secretary Robert Reich discusses "The Spy Revolt Against Trump Begins" (my italics/bold) ...

Disturbing news this morning about how much “truth” about the rest of the world is getting to Trump.

1. The Observer reports that the U.S. intelligence community is so convinced that Trump and his administration has been compromised by Russia that they are no longer giving the White House all of their most sensitive information, lest it end up in Putin's hands. A senior National Security Agency official explained that the National Security Agency was systematically holding back some of the “good stuff” from the White House, fearing Trump and his staff cannot keep secrets.

2. The intelligence community is concerned that even the Situation Room – the conference room in the West Wing where the president and his top staffers get intelligence briefings -- has been compromised by Russia. A senior Pentagon intelligence official stated that “since January 20, we’ve assumed that the Kremlin has ears inside the SITROOM. There’s not much the Russians don’t know at this point,” the official added in frustration.

3. The New York Times reports “chaotic and anxious days inside the National Security Council.” Council staff get up in the morning, read Trump’s tweets, and struggle to make policy to fit them. Most are kept in the dark about what Trump tells foreign leaders in his phone calls. Some staff members have turned to encrypted communications to talk with their colleagues, after hearing that Mr. Trump’s top advisers are considering an “insider threat” program that could result in monitoring their cellphones and emails for leaks.

4. National security adviser Michael T. Flynn has hunkered down since investigators began looking into what, exactly, he told the Russian ambassador to the United States about the lifting of sanctions imposed in the last days of the Obama administration, and whether he misled Vice President Mike Pence about those conversations. His survival in the job may hang in the balance.

Bottom line: U.S. foreign policy is now in the hands of a man with a severe personality disorder, who is not getting the information a president needs about the rest of the world. If that doesn’t worry you, nothing will ...


If you are a Republican, and had problems with Hillary's emails, but have no issue with Trump's Russian problem you need to reconsider what being an American patriot is all about. Your political priorities and sense of national honor are seriously distorted.

It's one thing to say you're OK with Russia meddling in our elections, as long as your guy wins (which I still have a serious problem with), but it's entirely another matter if our president has put our nation's security at risk because he and his team are viewed as potentially compromised moles by the intelligence community.