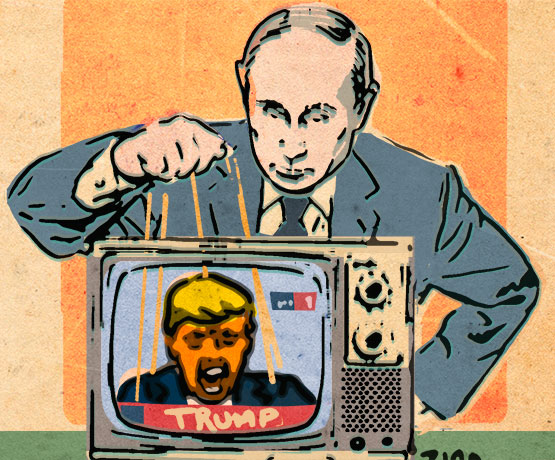 My good friend Leonel Martinez (no relation) posted the following on his FB page ...

We knew President Trump had questionable ties to Russia before he was elected.

We knew he lied.

We knew he had shady business dealings.

We knew he was sued for racial discrimination, disparaged immigrants and demeaned women.

We knew he had little to no knowledge of foreign policy.

We knew he had no background in politics, was incredibly self-absorbed and wasn't exactly an intellectual heavyweight.

Why did millions of Americans ignore those facts when they entered the voting booth? Our country will pay the price now

Incredibly, we knew so much about Donald Trump's Russian ties - a fact I pointed out back in July - Hillary Clinton was able to spell out what we knew during the third presidential debate ...


So, yes, we knew all about Donald Trump's ugly character traits AND his compromised position with Russia. Yet millions of Americans ignored these basic facts, in part because many prefer to live in an alternative universe ... which has given rise to the "alternative facts" universe many conservatives openly accept.

Leonel's final observation - "Why did millions of Americans ignore those facts when they entered the voting booth? Our country will pay the price now" - are spot on, and an appropriate way to close this post.