MY TWO CENTS ON THE BIRTHER CARNIVAL

OK, against my better judgment, I'm going to weigh in on the birther carnival. Here's why the stupidity won't end.

We want to keep in mind that the GOP's Tin Foil crowd allowed themselves to believe that George W. Bush served out his tour in the Air National Guard and that he was a successful businessman. 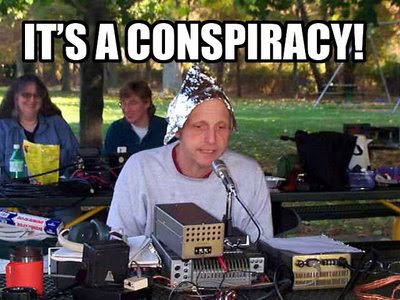 In fact, Bush effectively went AWOL, and was bailed out numerous times by Daddy's rich friends. But many on the far right convinced themselves that this wasn't the case, or didn't matter.

Simply put, the far right is full of delusional conspiracy theorists (why else would Glenn Beck be so popular?) who will probably focus on contrived secret Muslim theories, and/or ask whether the birth certificate is authentic. A chorus of "why so late?" is in our immediate future.

These are some pretty crazy and angry people.