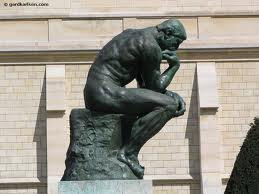 As George W. Bush once asked, Is our children learning? Apparently not in some cases. This study was reported in McClatchy News services ...

NEW YORK — An unprecedented study that followed several thousand undergraduates through four years of college found that large numbers didn't learn the critical thinking, complex reasoning and written communication skills that are widely assumed to be at the core of a college education.

Many of the students graduated without knowing how to sift fact from opinion, make a clear written argument or objectively review conflicting reports of a situation or event, according to New York University sociologist Richard Arum, lead author of the study ...

But there is hope. The study also confirmed ...

... Greater gains in liberal arts subjects are at least partly the result of faculty requiring higher levels of reading and writing, as well as students spending more time studying, the study's authors found. Students who took courses heavy on both reading (more than 40 pages a week) and writing (more than 20 pages in a semester) showed higher rates of learning.

First, this makes me even happier to see student complaints about too much reading in my classes. I regularly require 2-4 books for a 10 week course (also, I have never given a multiple choice exam).

Second, I would like to see how the study controls for course loads, class size (which compel some professors to limit page requirements and to tone down written exams), and adjuncts (who are prone to giving mulitple guess exams; they're easier to grade). Budget cuts do matter here.

Finally, the study is especially pertinent because it helps explain the number of students - who eventually become adults - who think Glenn Beck and Fox News are legitimate sources of information.

And, no, that last comment isn't a cheap shot.

As a student, this was the number one complaint I hated from my peers, "Why do we have to read all this material? I have a full time job, kids, and two other classes I have to worry about. I don't have time for all this?" My thought was, "Then don't take so many courses! I mean, really? You expect professors to work around your schedule?" Don't get me wrong. I wasn't too happy with the large amounts of reading. However, I sucked it up. I knew it was college and it couldn't be taken lightly.

And yes, you were one of, if not the hardest political professors during my time at CSUB. OH! And a little intimidating. Yet, I took two courses with you and came out my favorite as I got to know you a little more during the MNUN trip to NYC and learned a little more from you outside of class.