WHAT OBAMA SHOULD HAVE DONE ...

With two-thirds (67%) of Americans saying that we shouldn't extend tax cuts to the rich, President Obama has the country behind him on the issue. Still, he caved into Mitch McConnell's unprecedented threat to block any legislation in the senate unless the Republicans got their way on extending tax cuts for the top 2% of Americans (in spite of their failed results).

While pundits debate President Obama's decision, for my money, I would have liked to see President Obama push Senator McConnell and his Republican colleagues into going through with their juvenile threat to hold their breath until the super rich got more tax breaks. 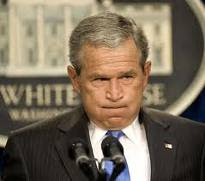 Then, as they yelled and screamed at him for not working in a bi-partisan fashion, I would have liked to see President Obama do the political equivalent of this ...