GOP PRESIDENTIAL POLITICS 2016 ... FROM REALITY TV TO THE POLLUTION OF THE HUMAN ENVIRONMENT 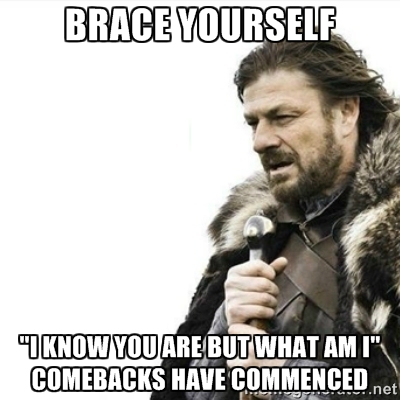 Donald Trump and Ted Cruz are taking presidential politics to a new low with their school house taunts over their wives. This is not just Reality TV gone bad. It's not just politics as a blood sport. What we are seeing is the on-going pollution of the human environment.

Most of you are already aware of what started this reality TV war gone bad. Apart from the fact that Donald Trump is a narcissistic megalomaniac who thrives in a trash-talking environment, right before the Utah primaries Ted Cruz's supporters posted this meme about Donald Trump's wife ...

Donald Trump responded by tweeting a meme that effectively says, "OK, let's start talking about wives ... yours is ugly, look at mine. Neener, neener, neener ..." 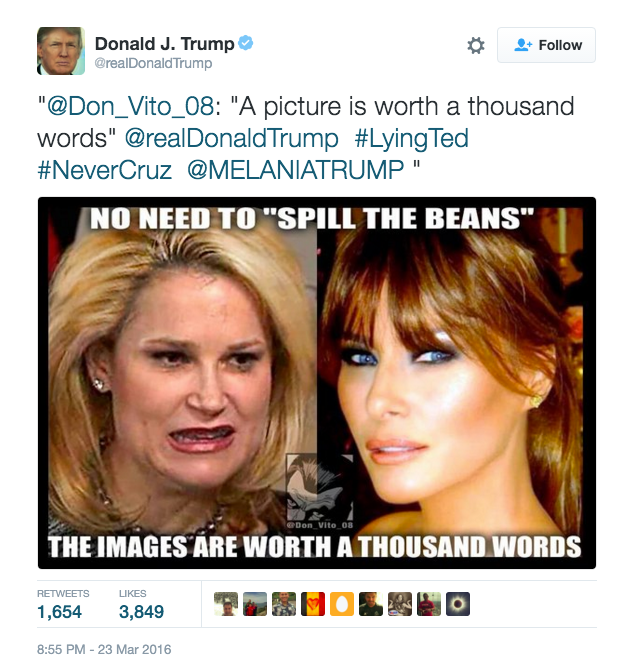 Then Ted Cruz decided he wanted to pretend he's a tough guy.

First, Cruz feigned moral indignation - in spite of these less than ethical positions. He then threw out some serious false bravado when he called Donald Trump "a sniveling coward" during a press conference.


If Ted Cruz thinks that his attack on Donald Trump has taught him a lesson, he seriously needs to review the George Bernard Shaw aphorism, "Never wrestle with a pig. You both get dirty, and besides, the pig likes it."

I could go on, but what's the point?

Welcome to TABLOID news = Trump and Cruz having hissy fits over each other's wives.

Meanwhile, Democrats are having an intelligent discussion of the relevant issues of our time.

Petty bickering not to mention irrelevant to our needs. Neither one of these guys are presidential enough to qualify. Please pack up and go back to your crowd of creeps, Cruz and Trump.