GOP billboard seen in Colorado, about sums it up ... 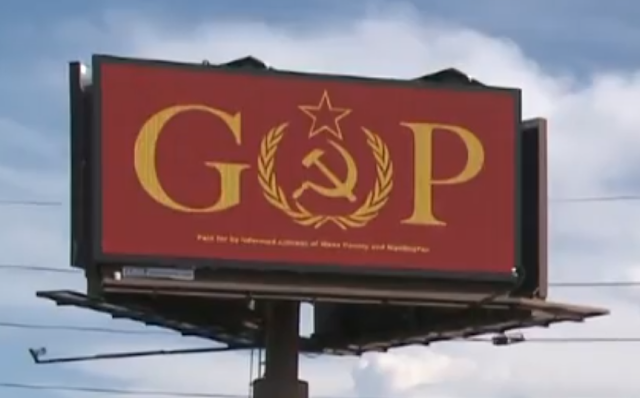 Addendum: Let me add a word for those who think the hammer and sickle - a holdover from the Soviet Union days of the past - is inappropriate because Russia is no longer a communist state ...

Because Russia today is an authoritarian state run by a dictator and his oligarchic hooligans, in effect what we have is a biker gang running Russia. In many ways, while the Russian state is not communist or Marxist-Leninist (nor remotely run to benefit the workers) Russia is run very much like the Soviet authoritarian state of the past.

The hammer & sickle are important reminders of the Russian dictatorship. So, while the hammer & sickle may not convey the heyday of the "worker's state," they're quite appropriate for those who understand Russia's authoritarian DNA.

Addendum, II: For those of you who want to read more about how the GOP's trickle-down economic policies coincide with the Soviet Union's state-led policies you can read, "The Republican Tax Plan is Trickle-Down Economics, Soviet Style" by clicking here.