THE REPUBLICAN TAX PLAN IS SOVIET-STYLE TRICKLE DOWN ECONOMICS

The post below is reworked from a post I did six years ago. I've updated it so that it coincides with current political developments. 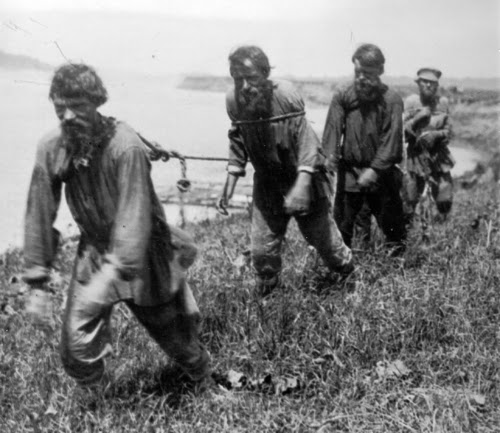 Last week our Republican-led House of Representatives took another step towards transferring hundreds of billions of dollars to America's richest class, and denying millions of Americans health care. On Thursday the U.S. Congress passed their version of a tax bill that shifts wealth and resources from the poor and middle-classes to the rich.

Promising that money and resources will eventually trickle down to those at the bottom if the rich have more money to play with is an old scam. It goes back even farther than when Ronald Reagan proposed the idea in 1980. Indeed, many might be surprised to learn the Soviet Union helped invent the scam when their socialist experiment first revealed itself to be a failure in the 1920s.

Simply put, Soviet revolutionaries needed the big hand of the Russian state to make their "stateless" communist utopia come to life. Similarly, Republican free marketeers today are using "big government" and favorable legislation to transfer massive amounts of wealth to the already rich. It's the only way their "government bad-free/markets good" dystopia can work.

Somehow, arguing "our free markets can only succeed if we use the state to transfer massive amounts of wealth to those who already have a lot of money" isn't a ringing endorsement for free markets, or entrepreneurialism. Seriously, how does having billions of dollars dumped in your lap through favorable legislation make you an entrepreneur?

A peak into the Soviet Union's failed experience with their version of trickle down economics can help us understand how intellectually and ideologically bankrupt the Republican's "Tax Cuts and Jobs Act" billion dollar wealth transfer really is.

THE SETTING
While explaining the logic behind market economics, in my book I discuss how Russia's peasant economies worked after the 1917 October Revolution. The biggest challenge Russia's revolutionaries had was getting peasant farmers to produce. 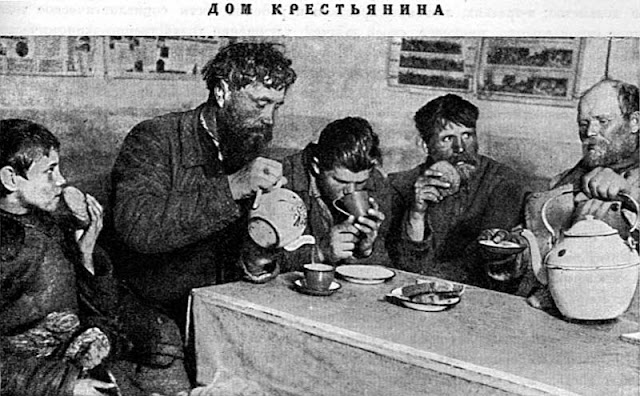 While agriculture production increased with the introduction of the New Economic Policy in 1921 - which included incentives for some peasants - the program was eventually abandoned by Josef Stalin. It was replaced with forced labor and collectivization. Not surprisingly, agriculture production slipped.
To better understand why revolutionary peasants weren't producing surpluses - which were necessary to help fund industrialization - teams of Russian anthropologists were sent to study peasants societies. This was a tremendous undertaking as it meant spending months, and even years, at a time in distant rural communities.
PEASANT STUDIES & "UNCLE JOE"
Headed by researchers like Aleksander Chayanov, numerous institutes sent teams to study peasant societies throughout Russia. A key finding was peasants would work until they had enough to feed their families, and not much beyond this point, even with favorable market prices.

Specifically, they learned that subsistence peasant households - those who survive week to week - didn't particularly care about wage or price incentives. Instead, they focused primarily on things they could use immediately rather than what they could exchange for money in a market.

Producing more than what they needed was viewed as “drudgery.” 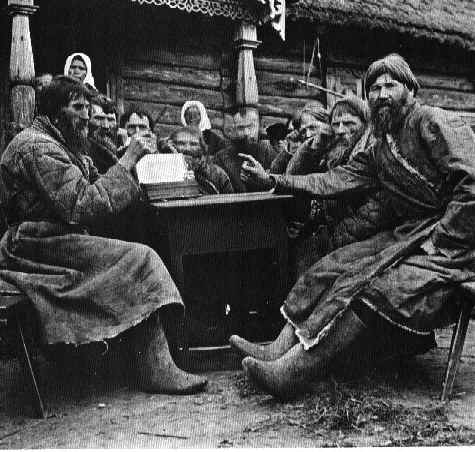 Though the findings of Chayanov and others were instructive, because they helped explain both the culture behind peasant societies and what was wrong with collectivization in the Russian countryside, they didn’t sit well with Stalin. He wanted to know how he could get peasants to produce; not why they didn't produce.

Because of his paranoia's and twisted world views, Stalin saw the reports emerging from the countryside as an unwarranted defense of Russia's productive peasant farmers (the kulaks). Because the revolutionary state demanded surpluses, and the peasants weren't producing, Stalin saw traitors in his midst. 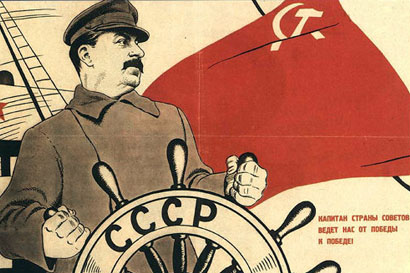 The studies done by Chayanov and other anthropologists were virtually ignored by the Soviet state, and many of the institutes were closed. But this was just the beginning. Repression and purges in the early 1930s were followed with large-scale disappearances of "non-revolutionaries."
in part because of his findings, Chayanov was among those branded a non-revolutionary. He was arrested, tried, and then shot on the same day in 1937 [photo below is not Chayanov].

In Stalin's world, the Russian revolution and the worker's paradise would be a success, even if he had to use the levers of the state to spin lies, send misfits to labor camps, or kill his political enemies - both real and imagined.

This is where it gets interesting.
TRICKLE DOWN THEORY, SOVIET STYLE ... AMERICAN STYLE
Chayanov's story is instructive for what it tells us about capitalism and peasant economies. It's also significant because of what it tells us about Russian revolutionaries and die-hard Bolsheviks like Stalin. They were so committed to their theories of socialism that they used the state - which was supposed to wither away according to Karl Marx, mind you - to make sure that agriculture surpluses were created and transferred to the more productive industrial sector. 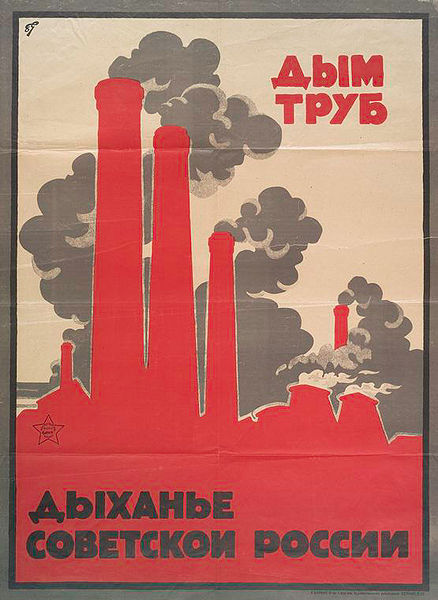 Increasing productivity required that the state become increasingly repressive as it forced collectivization on peasants, suppressed living standards in the countryside, and then transferred resources from Russia's rural sector to industry and the city.

The needs of the political and industrial oligarchs in Moscow meant that the needs of the poor and "backward" peasants could be put off.
Part of the rationale for this line of thinking was Stalin believed peasants would one day benefit from the availability of manufactured goods, agriculture equipment, and other products that would eventually reach the countryside. As Cambridge economist Ha-Joon Chang pointed out, this was Soviet style trickle down economics. 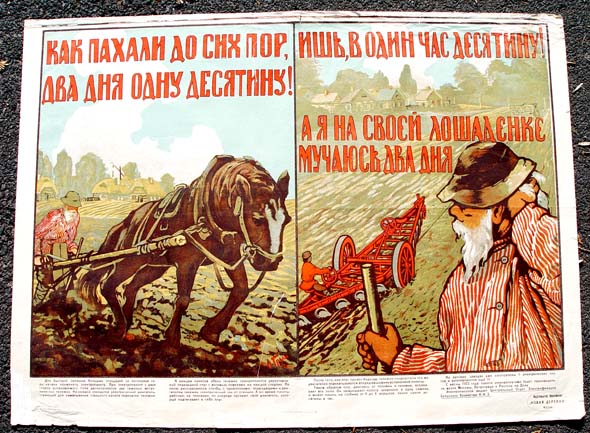 This real life story is important because Congressional Republicans are in the process of conceptually pursuing similar tactics.

By taking resources (tax dollars, health care subsidies, removing deductions, etc.) from America's poor and working classes, and then transferring that wealth to America's oligarchs, congressional Republicans are subsidizing and guaranteeing the wealth of America's financial elites. The irony here is that congressional Republicans claim to be die-hard capitalists, and free marketeers, but are actively using the big hand of the state to prop up and enrich America's financial titans.

An orthodox paradox, if there ever was one.

Think about it. The state bailed out Wall Street after their reckless gambling and financial stupidity collapsed the economy in 2008. 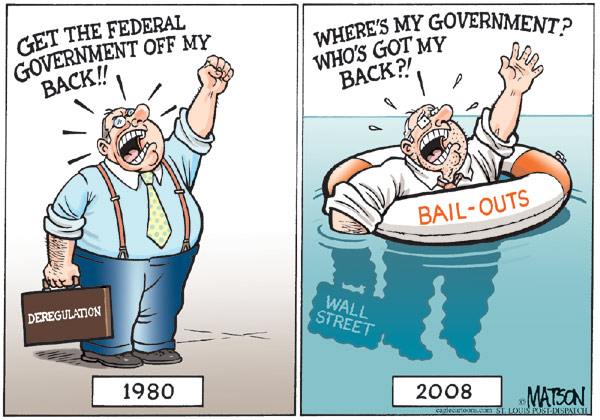 In fact, since 2008 repressive hand of "the state" has dumped almost $5 trillion into the same corrupt financial sector that collapsed the American economy.
At the same time, by using the state to pursue union-busting trade agreements, winking at weak immigration laws (which helps suppress prices and wages), and then ignoring collapsing middle-class wage and living standards, our Republican-led Congress is acting very much like Stalin's Politburo. Both use the heavy hand of the state to transfer resources and make sure their market ideas "work." 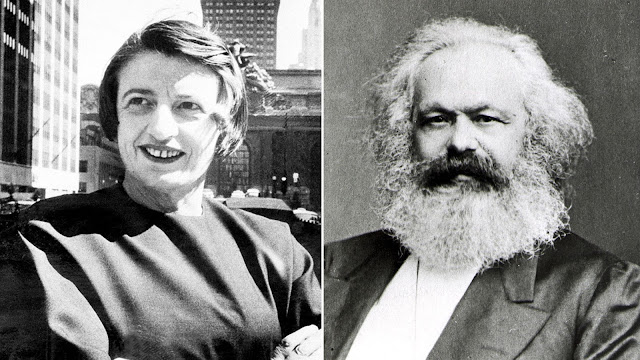 Today, once again, our Republican-led Congress is promising that by deregulating and transferring wealth to the America's oligarchs the benefits will eventually reach those at the bottom. They've been making this promise for the better part of 37 years now, in spite of a very robust history of spectacular market failure (2008), record budget deficits, and a national debt that now stands at $20.5 trillion. 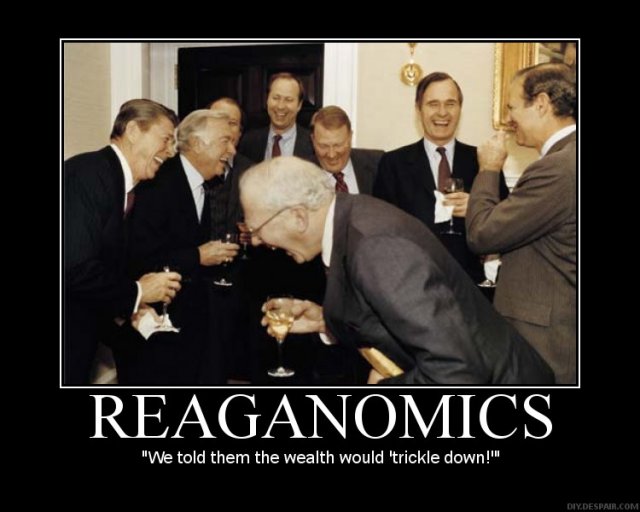 Like Stalin's planning authorities, our Republican-led Congress - and the willing private sector recipients of bailouts, money dumps, cover ups and favorable legislation (like today's GOP tax legislation) - understand the importance of using the state to transfer wealth from one sector of the economy to another. It's the meat behind Wall Street's raging bull market today. 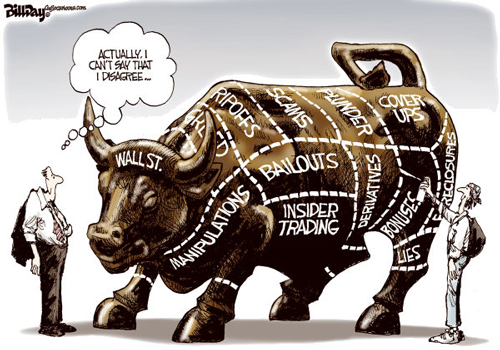 With almost $5 trillion disbursed since Wall Street collapsed the economy in 2008 - and an additional $13.8 trillion in tax payer backed dollars committed to our next collapse - you can be sure of this.

By using the state to transfer wealth to achieve market results, and guarantee new levels of "profitability," America’s bailed out and subsidized market players are on no firmer intellectual ground than the Soviet Union's Vladimir Lenin and Joseph Stalin. Pushing for and accepting government favors, while speaking admiringly of the wonders of the market, imposes an Alice in Wonderland character on modern markets in America.

The 2017 Republican-led tax plan along with the 2008 market bailout are glaring examples of how market players in America depend on the state for both their market "successes," and need big government to cover up for their spectacular market failures.
The Republican tax plan is Soviet-Style trickle down economics, plain and simple. And, yes, many in our GOP-led Congress would have been very comfortable in Stalin's Politburo.
- Mark