THE ROOTS OF "LET'S ARM THE TEACHERS" BEGINS WITH A LIE ... A REALLY BIG LIE 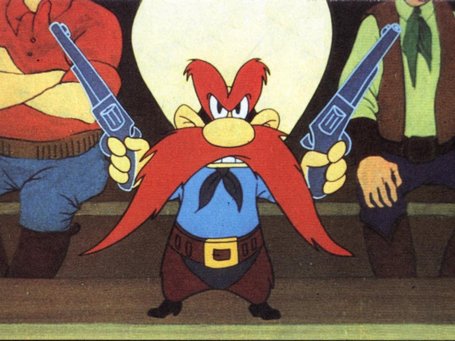 So Donald Trump thinks arming teachers will stop mass shootings in our nations schools. I don't even know where to begin with that one, so I'm going ask, Have you ever wondered where the "let's arm the teachers" nonsense began? It didn't just pop out of nowhere. And it definitely didn't begin with the Florida shooting.

No, the roots of the "let's arm the teachers" stupidity can be traced, in part, to a mentality that began to develop after the release of John R. Lott's book, More Guns, Less Crime. This is where those on the right began to seriously think that we all need to have a gun if we want to be safe in our gun filled world. 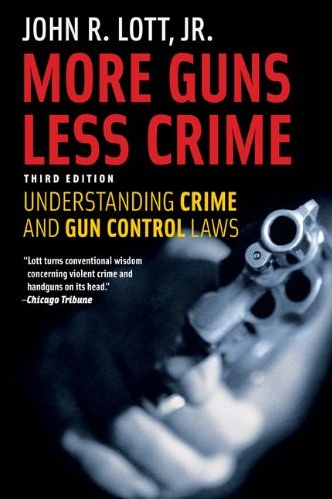 If you were to read Lott's book you would think that turning our nation into a modern Wild West, where packing heat was the norm in many towns, will solve all of our social ills. The only problem is that after Lott's book became wildly popular - in part because right wing politicians were touting Lott's research - it remained popular even after it was discovered that Lott's book was based more on wishful thinking than the truth.

Lott's poorly sourced book was exposed early on, but UC Irvine's professor of history John Wiener wrote a particularly damning op-ed of Lott's book for the LA Times in 2006. In a few words, Wiener pointed out that Lott had pretty much made up key "facts" and, generally, lied about his larger argument. Looking at Lott's book, Wiener wrote:


COULD IT BE that more guns cause less crime? Could it be that criminals who suspect their potential victims are armed would be deterred from committing crimes? That's what John R. Lott Jr. argued in his 1998 book, "More Guns, Less Crime." … If you Google "John Lott" and "research fraud," you get nearly 150 results, starting off with a 2003 article published in Science magazine by Donald Kennedy, the editor in chief, which criticizes Lott's "cooked data" …

The charges that some of Lott's research was "faked" or "cooked" refer to the first statistic cited in "More Guns, Less Crime," in which Lott says "98% of the time that people use guns defensively, they merely have to brandish a weapon to break off an attack." In Op-Ed articles in the Chicago Tribune and elsewhere, he said the source of the 98% figure was "polls by the Los Angeles Times" and other organizations. When critics noted that no such polls existed, Lott changed his story, and the second edition of "More Guns, Less Crime" gave a new source for the 98% figure: "a national survey I conducted." But when critics asked to see the data, Lott told the Washington Post and others that he had lost it all in a computer crash ...

Lott lost all of his data in a computer crash? How convenient.

But wait, the LA Times op-ed got better. According to Professor Wiener, Lott couldn’t even provide evidence of the "false" surveys that he claimed to have conducted after his "data" was called into question. He couldn't produce phone records, tally sheets, or pay stubs for the employees who supposedly made the calls for the surveys.

As Lott's "research" claims came under greater scrutiny he ended up doing what anyone who is faced with the truth does. He sued.

Specifically, John Lott went after Steven Levitt, because he made the claim in his book, Freakonomics, that John Lott's conclusions couldn't be replicated (because much of it had been made up). After having the cased dismissed, Lott decided he would sue again. Nothing says "frivolous" like a lawsuit based on faulty data.

Fortunately the judge saw through Lott's drama filled legal temper tantrum. Lott's second case was thrown out of court too.

In part, because Republican politicians continued to embrace the logic of More Guns, Less Crime, Lott's argument took on a life of its own. This is one of the reasons we're now being treated to the "let's arm the teachers" stupidity we're seeing today. Lott's argument, like old wives tales and Greek mythology, have taken on a life of their own.

And people wonder why the Republican attack on science and the scientific method matter.