THE GERMANS ALSO DIDN'T WANT THE TRUMPS ... OR, "THE STORY OF THE MAN WHO GAVE US TRUMP"

According to the The Guardian, Donald Trump is an American citizen because his grandfather was effectively banned from Bavaria by Prince Regent Luitpold (ruler of Bavaria, 1886 to 1912). 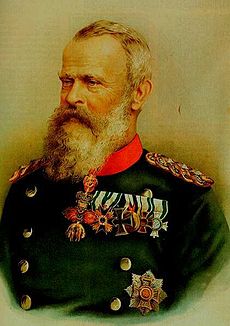 It appears that in 1905 the prince rejected the plea of Trump's grandfather, Friedrich Trump, to return to Germany because Friedrich failed to carry out his military service. Friedrich Trump would eventually make a small fortune selling goods and running a brothel for Alaska's gold hunters.

For his part, Prince Regent Luitpold played a small role in the creation of Germany - or what was called the German Empire (1871-1918) - when he represented Bavaria's King Ludwig II, and handed over the Kaiserbrief at the ceremony that made the King of Prussia Emperor.


It should be noted that Prince Regent Luitpold's resistance to Friedrich Trump's request to return to Bavaria was due in part to the fact that while Friedrich Trump ducked military service (apparently a family tradition) the regent had a long and distinguished career in the Bavarian military.

But the point remains; the Germans saw the self serving cowardice, and didn't want the Trump family either.