FROM BAIL-OUTS TO BAIL-INS ... TIME TO MOVE YOUR MONEY?

Most of you have heard of bail-outs. Simply put, when a financial or industrial group is about to close their doors because of mismanagement or bad luck the state steps in to bail-out both the company (or companies), and their shareholders. The U.S. government did this with Wall Street in 2008.

With Wall Street sitting on another bubble in 2013 talk in some circles has moved from traditional bail-outs to bail-ins. Just what are bail-ins, you ask? Good question. Let's use the banking industry as our example.

In real simple terms, rather than using taxpayer backed money to bail-out the banks the federal government would force bondholders or depositors to cough up the money to save a failing institution. So, yeah, the banks would get a shot at picking your pockets. 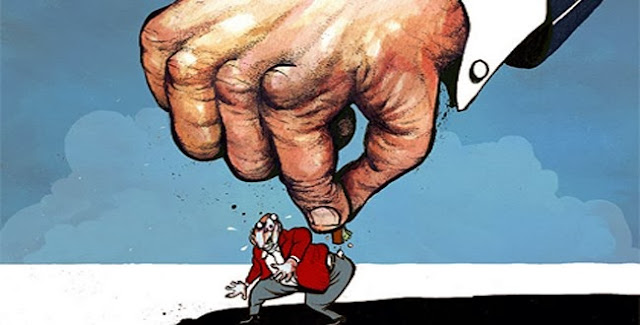 Rather than a government bail-out we get a bail-in from those who have a stake in the bank.

One famous bail-in happened in Cyprus last spring. Depositors were forced to contribute part of their deposits to bail-in the banks where they deposited their money. To be sure, those hurt the most (in terms of money lost) were the Russian oligarchs who were using Cyprus banks to launder money and avoid paying taxes in Russia. But the reality remains, other depositors got caught up in the bail-in too. 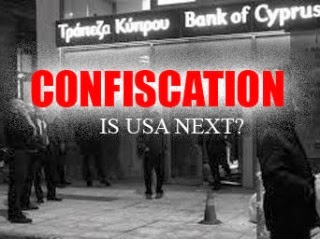 Could it happen here, in the United States? That's a good question. Especially since it's happened - or is being discussed - in other countries (beyond Cyprus).

In a few words, yes, forced depositor bail-ins could happen here (as Zero Hedge points out). This is especially the case if the Bank for International Settlement's Basel Committees recommendations in 2010 (p. 23, 43) and 2013 are taken up. Both reports make it clear that leaning on federal deposit insurance should be considered, after the next collapse, as part of a larger strategy for saving the banks (if it's insured by the Feds, why not take it, right?).

But wait, it gets better. Apart from the Basel Reports' recommendations, the FDIC and the Bank of England are already lining up the legal framework that will frame such a bail-in scenario.


There's more to the story. And nothing is concrete, yet. But know one thing. Bail-ins will be considered for America's largest banks when our next financial collapse happens.

If this concerns you at all you might want to take a look at the Move Your Money group, which I posted on here almost four years ago.

UPDATE: I'll discuss what virtual money and Bitcoins means for our economy and society next week.
Posted by Mark A. Martinez at 5:55 PM

Would a move toward a cashless society make it more difficult to avoid being part of a bail-in scheme? Silicon Valley has been interested in the idea of electronic money system economies, and there are symbiotic relationships between SV and the financial sector.

I think this is a really interesting observation. If such a system were utilized who would really be in control? I suppose one could ask that about our current system.

Here are just a few of the possible issues besides confiscation that could pose problems for users of exclusive digital currencies and raise troubling questions about control of the currency: