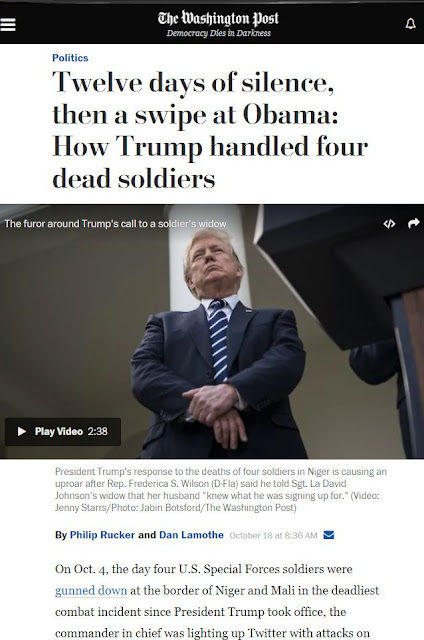 Trump's now accusing the dead soldiers family and a sitting member of Congress of lying about his comments to Sgt. La David T. Johnson's widow ("He knew what he was signing up for, but I guess it hurts anyways").

Oh, and Trump also took the time to take a swipe at President Obama, and previous presidents, for how they handled the return of fallen soldiers. Classy.

And the cascade of embarrassments continue.