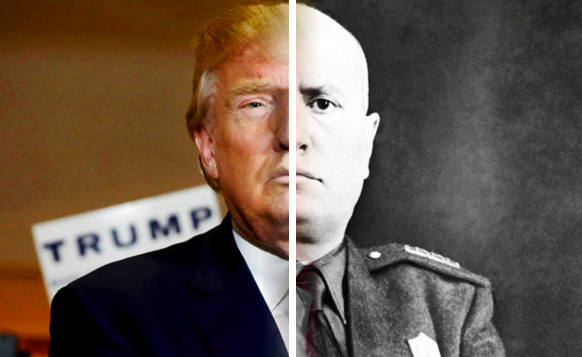 In an apparent threat, today Trump's suggesting there may be "tapes" of private conversations of him with former FBI Director James Comey.

While the threat to Comey is serious, here's the problem and message Trump is sending to the world: We now have a president who's going to use the privilege of his office to threaten and blackmail anyone who has a conversation with him.

Analysts and experts who have ideas about policy proposals can forget about thinking outside of the box, or thinking out loud in front of the Trump.

Analysts and experts who may disagree with President Trump will not feel comfortable expressing their reasons for fear of selective leaks and mocking references from Trump.

Analysts and experts who should feel comfortable speaking in confidence about classified or sensitive issues, can no longer assume their thoughts and conversations are safe with Trump.

On another level, President Trump is sending the message that anyone who exists in his orbit needs to tow the line or risk retribution.

Here's the real tragedy in our nation's running train wreck. What Trump wants is unfailing loyalty to him, not the nation. 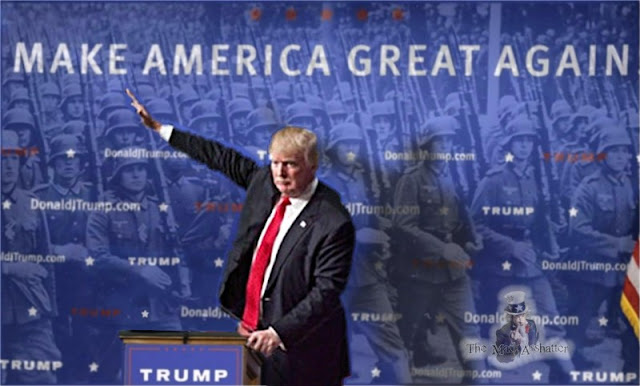 If you have any doubts about this, consider what the New York Times reported yesterday. In a private dinner just seven days after being sworn in, President Trump demanded loyalty from FBI Director James Comey. He was rebuffed. According to the NY Times:

As they ate, the president and Mr. Comey made small talk about the election and the crowd sizes at Mr. Trump’s rallies. The president then turned the conversation to whether Mr. Comey would pledge his loyalty to him.


Comey's response was what every president, who's concerned about the safety and integrity of the United States of America, should demand from advisers and security experts: the truth. In fact, after being asked for his personal loyalty to the president, then FBI Director Comey said he would always be honest with him, but that he was not 'reliable' in the conventional political sense.

My friends, the separation of powers and our system of checks and balances were created for a reason. Our Founding Fathers did not want power concentrated in the hands one person, or within a small group of people (an oligarchy).

Trump is making it abundantly clear why the Founding Fathers were opposed to both monarchy and oligarchy. Absolute power corrupts, while concentrated power - as our friends in Africa and Latin America showed us in the 20th century - is a recipe for intolerance and disaster. Trump is on a quest to acquire both.

A pliant and sycophantic Republican-led Congress is only the stage setting in Trump's evolving presidential play. The first act for President Trump was firing an acting Attorney General (Sally Yates), dismissing a sitting FBI director (James Comey), and demanding the resignation of a U.S. Attorney (Preet Harara) for doing their jobs (which included investigating Trump's Russian ties). Act Two will, no doubt, continue to gut and eviscerate the integrity of state institutions that are designed to protect the United States. 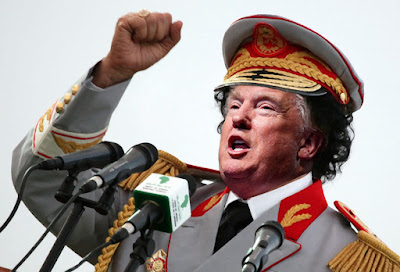 The longer President Trump is in office the more you can bet a constitutional crisis is coming. Firing, threatening, and demanding personal loyalty from career professionals who are sworn to defend the Constitution and this country from enemies, both foreign and domestic, is not how you make America great again.

I'm still hoping his love of his previous life will be the deciding factor in his resignation, before impeachment. He can slough off criticism of his leaving office with ease, as we've seen him do about everything else in his life. #SAD

There is another interpretation - that Trump is progressively alienating more and more people who do have some power to push back. Trump has alienated a large number of career staff in the various intelligence agencies; he has alienated at least some factions in the FBI; he has alienated career staff in departments like State, Treasury, Labor, Interior, Education, HUD, HHS, Justice. The strategy of leaving key positions unfilled and assuming the White House inner circle can control all of these agencies underestimates the size of these agencies. If Trump indeed cuts these agencies by 20% - 30% or more there will be a growing legion of people who will want to find ways to topple the Trump "cabal". I just don't see Trump, Bannon, Sessions, Miller able to control all of these groups for very long. Would also suggest that Pence may appear to be on the team but I don't think so - my guess is he will patiently wait and hope he will end up President when Trump flames out.

Get real dude, why not look into the shenanagins of the Democratic Party, since this is how they have been operating for the last 3 decades. Suck it up, the country voted fair and square according to our constitution and put this man in the Oval Office. Stop your tantrums already!