PRESIDENT TRUMP ... THE MAKING OF A DICTATOR (and the dismantling of the U.S. Constitution) 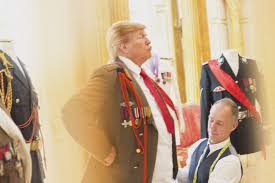 Remember when President Trump slammed the U.S. Constitution, saying it was "archaic" and "really bad" for the nation? This was followed with his threat to change the rules. He made these comments in part over his frustration with our system of checks and balances, after failing to accomplish anything of merit during his first 100 days (and, no, executive orders don't count).

Famously, Trump ignored how his legislative proposals are so wildly unpopular he can't get any of his major initiatives through the U.S. Congress, where both the House and Senate are controlled by Republicans. Better to blame the Constitution than take responsibility for incompetence and wildly reckless policy proposals, right?

What really upset Trump, however, is how the press and pesky judges keep reminding him that he can't rule like he's some kind of Latin American or African dictator. The media and various court decisions have let Trump know that he has a responsibility to respect and abide by the U.S. Constitution.

Unfortunately, this isn't what dictators and wannabe dictators like to hear when they're trying to impose their will. 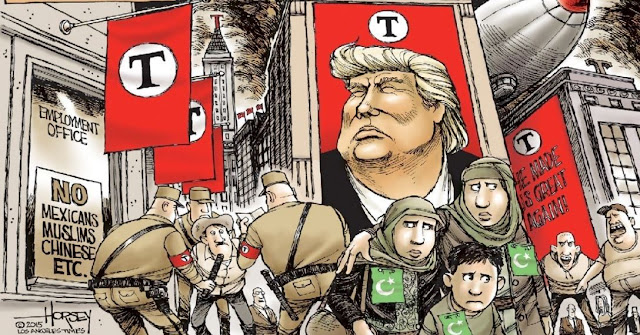 So President Trump has resorted to what reckless despots and dictators do best. He's acting like a petulant tyrant, and has threatened North Korea, picked on the powerless (migrants, Muslims, the poor, and people of color), and fired anybody that crosses him. The recent dismissal of FBI director James Comey falls right into that frame of thought.

Think about it. With FBI Director promising to trace President Trump's Russian ties, wherever the evidence leads him (more on this below) Trump understands that he's in over his head. An independent legal and judicial body with the power to investigate Trump and his friends is not something President Trump or wannabe dictators want.

It's those pesky checks and balances, again.

It also explains why Trump fired U.S. Attorney Preet Harara, who not only was looking into stock trades of HHS Secretary Tom Price, but refused to return a phone call from the White House when they left a message for him to do so (separation of powers makes this standard protocol).

By themselves, each of these dismissals might not mean much. But with Russian subterfuge in the background, and President Trump's known and increasingly exposed ties to Russia, these three high profile and poorly timed firings smell like a cover up.

The stench of a cover up only grows when we include other developments from Tuesday and Wednesday.

On Tuesday night prosecutors began issuing grand jury subpoenas for Michael Flynn's associates. This means Trump's associates are next. The same evening Senate investigators asking the Treasury Department to look for financial ties between Team Trump and Russia. Those links are long, and already well documented. Finally, when President Trump met with Russia's foreign minister, Sergei Lavrov, he locked out White House reporters while inviting Vladimir Putin's photographer into the Oval Office to report on their meeting (nothing wrong there, right?).

I don't know about you, but locking out the American press from the Oval Office and firing the acting Attorney General, the director of the FBI, and a U.S. attorney - who all happen to be involved in independent investigations of your office - sure looks like a petty tyrant trying to cover his Russian tracks. 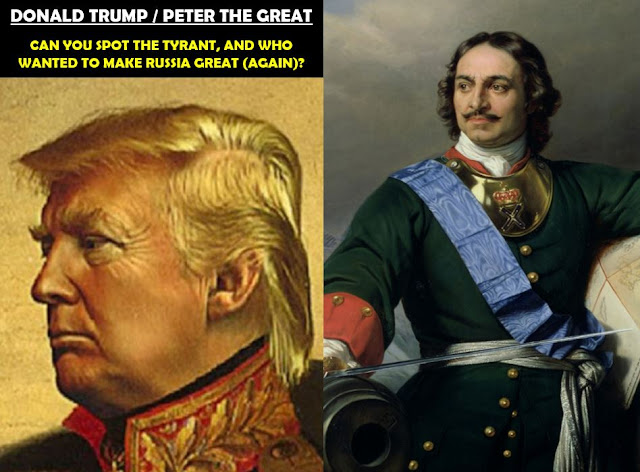 One thing's certain at this point. Donald Trump wasn't kidding when he said he didn't like the U.S. Constitution. Going after the media - which is often referred to as America's 4th estate - while dismissing key players in our legal and law enforcement infrastructure, make it clear that Trump has no respect for our separation of powers system.

In fact, if there's anything that President Trump has accomplished it's demonstrating to the world that he's thin-skinned, and doesn't like people looking into things that he's done, especially when it comes to Russia.

If our Republican-led Congress want to sit back and watch as the Trump Train Wreck disrespects and dismantles the U.S. Constitution, and the institutions that have made this country great, that's on them.

It also makes them traitors to our nation. It's really that simple.