KGET 17 NEWS SUNRISE ANALYSIS ... "EVERYONE SEES THAT DONALD TRUMP HAS A MAN CRUSH FOR PUTIN" 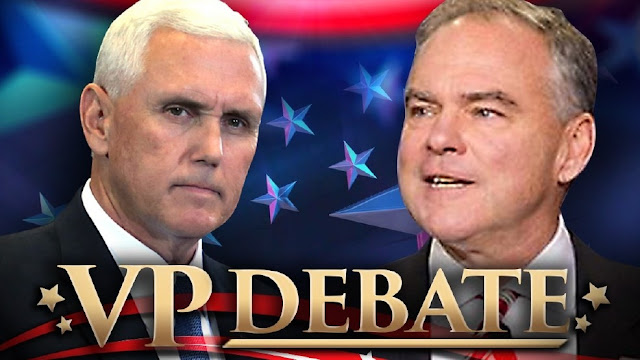 If you watched last night's vice presidential debate you probably (1) saw Sen. Tim Kaine interrupt Gov. Mike Pence early on (kind of a distraction), (2) Gov. Mike Pence run away from Donald Trump and the ugly things that he's said in the past, and (3) learned what most of us already know: vice presidential debates don't change minds, and are largely a waste of time for those who aren't political junkies.

That said (I know, great lead in), Republican Cathy Abernathy and I took a look at last night's vice presidential debate on KGET's Sunrise program this morning.

After I pointed out that "Donald Trump has a Man Crush for Putin" (2:10 into the clip; another "man crush" moment at 5:10) you'll learn from our discussion that Cathy Abernathy still believes Donald Trump wasn't trying to disparage Mexicans when he said most of those crossing the border were rapists and criminals. Cathy's parsing words (hers and Trump's), of course. But doing so allows her to walk past the larger message Trump is sending with his outlandish comments about Mexicans and other outsiders.

And just what is Trump's larger message? Simple. Mexicans, Muslims, and people of color are swarming hoards who are invading America.

Worse, we should all be afraid of these people. 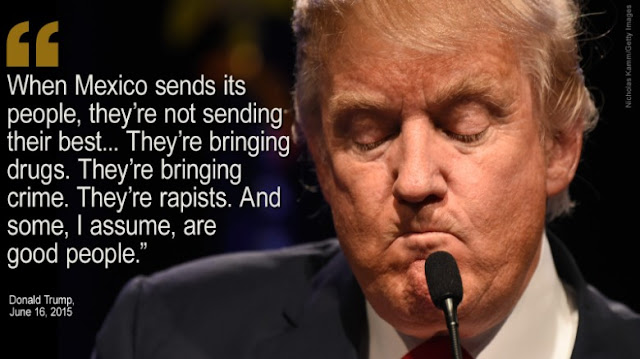 It's this kind of thinking that helps explain why the GOP has such a difficult time recruiting people of color into their political tent.

All of this goes a long way to help explain why Trump's supporters have no problem with Trump's Man Crush on Putin. Simply put, if Trump is OK with Putin, in a strange way, it allows them to accept how Putin's governing style and penchant for going after those that don't fit into his world (journalists, LGBT community, etc.) are just what America needs.

Donald's infatuation with the political strongman in Russia signals to Trump's followers that he's seen a path to righteous nationalism, and America can be saved if we follow him down that path. We just need to trust The Donald. 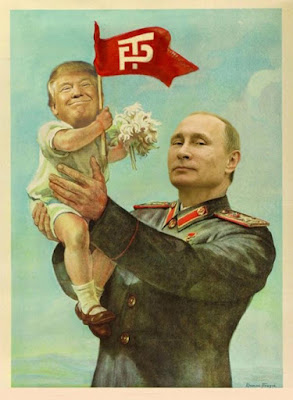 At the end of the day, most of us see how Trump's Man Crush is really Trump channeling his inner dictator. Unfortunately, for many of Trump's supporters, his inner dictator is seen as a good thing because it means he will put the scary people of color in their place - wherever that might be.