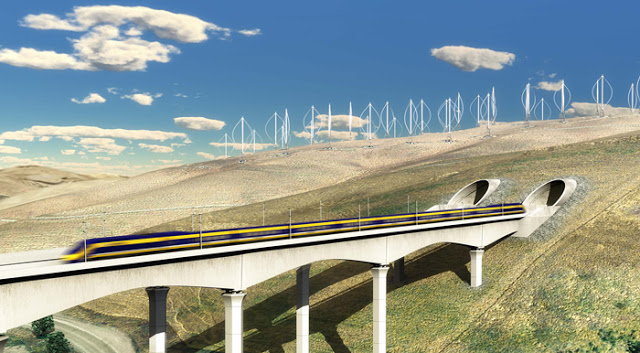 For reasons tied to stubbornness in the Republican Party, and questions about immediate costs, the United States has not embraced high-speed rail (HSR). This is so in spite of the fact many small town and middle class Americans would benefit immensely from an infrastructure project that has paid dividends around the world. The World Bank recently took a look at HSR projects around the world and, while they acknowledge the start up costs, they summarized:

... high-speed rail is now a tried and tested technology that delivers real transport benefits and can dominate market share against road and airline transport over the medium distances that many inter-city travelers confront.


Unfortunately, while other nations have thousands of miles of HSR lines (with China leading the way), the United States doesn't have a viable or comprehensive HSR program underway. Apart from issues tied to start up costs, the real issue in America is largely political, which is made clear by the actions of Republicans across the country. In the process they have turned hatred for government into opposition to virtually every infrastructure project, like HSR, even if they have demonstrated potential.

The tone of those who oppose HSR has been visceral and in your face, as you can see from the sign below.


Whatever one thinks of the cost of the HSR project, the animated map below shows how HSR would both change and improve travel n the United States ...