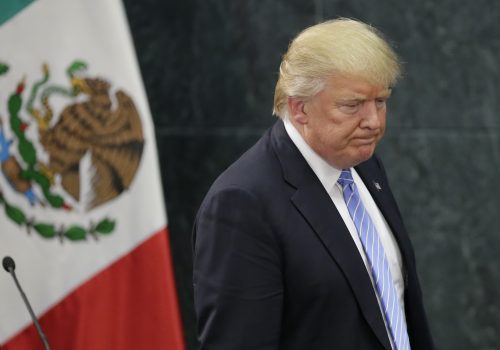 I appeared on KGET 17 News tonight with Cathy Abernathy. We discussed what Donald Trump's Mexican trip and his Arizona speech (when he returned to the U.S.) meant for his presidential campaign. I made two points clear: (1) Donald Trump was invited by a desperate Mexican president who's not very well liked and who needed a distraction, and (2) if Donald Trump were truly serious about immigration reform he would discuss what a new North American Free Trade Agreement (NAFTA) worker visa might look like.

Cathy Abernathy wasn't really interested in talking NAFTA policy, and stuck to the Trump-Republican talking points on immigration. Unfortunately, Cathy also decided to kick it up a notch, and embellished a few of the points she was trying to make. Specifically, Cathy lied about a few things, so I called her on what she said (which you'll see at 4:17 in this clip). At the end of our segment Cathy tried to appear indignant, and said, "If you want to say something I said was a lie you better be specific about it."

I have a better idea. Let's a take look at the clip, which you can access by clicking here. 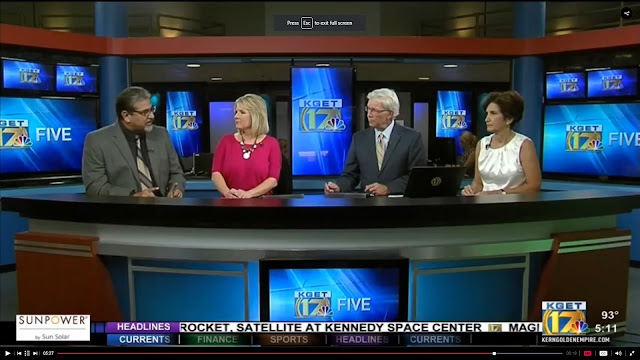 If the link doesn't work, allow me to "be specific" about the lies below.

At about 3:58 into our segment Cathy starts off on a rant that begins with her claiming Democrats "constantly campaign for no rules" and want to "let anybody in" because "Democrats don't want enforce these laws" [sic].

Apart from the fact that no Democrat has ever advocated or campaigned for "no rules" or cheered letting "anybody in" this country, there's the issue of President Obama enforcing our laws. Check this out.

If there's anything President Obama's been criticized for by progressive Democrats, and especially by Latinos, it's how he's been so heavy handed in using the system we have to deport undocumented immigrants. As one source put it, "When it comes to getting tough on immigration, Republicans talk the talk, but Obama walks the walk." Specifically, President Obama has used the system we have to deport more undocumented immigrants from this country than any other United States president.

Since coming to office in 2009, Obama’s government has deported more than 2.5 million people—up 23% from the George W. Bush years. More shockingly, Obama is now on pace to deport more people than the sum of all 19 presidents who governed the United States from 1892-2000, according to government data.


How's that for our laws not being enforced by Democrats?

The reality is if Donald Trump wanted to score points with his base - while getting Latino Democrats upset with President Obama - he should be touting President Obama's record setting deportation numbers, and then say that he plans to deport even more undocumented immigrants.

But that would only call attention to the fact that President Obama's use of our Homeland Security system - which includes ICE and the Border Patrol, among others - has been more effective than under any other U.S. president, as many Latinos have been complaining about for years.

At this point one has to wonder where Cathy gets her information (and, for the record, no researcher or analyst worth their salt takes the Center for Immigration Studies, FAIR, or Fox seriously). The kind of Republican talking points Cathy (and Trump) use are built around questionable sources and depend on a political straw man logic. They don't have a place in serious public discussions about immigration.

Later, Cathy actually says "we have no system right now" (see above) and that "if you break into this country you can get welfare benefits, you can get everything."

This is where I had to call Cathy out, and told her, "That's a lie, that's a flat out lie."

To begin, Cathy must think that ICE, the Border Patrol, and Homeland Security are part of a "big government" virtual reality game that doesn't really exist. The 2.5 million people deported by our system must be imaginary too.

Look, you might be able to claim that our "system" is broken, or that it might be inefficient. But to say "we have no system" is simply nonsense.

As for Cathy's comment that "if you break into this country you can get welfare benefits, you can get everything" all I have to say is that this is delusional thinking, on so many levels.

Look, no undocumented immigrant is eligible for welfare, period. And, no, they certainly aren't getting everything (whatever that means).

There's more (watch how Cathy tries to get in yet another story about spooky killer immigrants at the end) but let's just finish with this. Attempting to paint a culture and society as enemies of the state simply because it fits an alarmist worldview is not analysis. It's propaganda.

The sooner Republicans learn this the sooner we'll be on our way to discussing real solutions to the challenges that exist between Mexico and the United States.

I guess I'm one of those awful progressives who find fault with our patient on his deportation record. How anyone can defend Trump is beyond me.

Great line-by-line analysis. Normally election years are the only time people, or at least my students, get engaged and excited and want to talk about what is happening in US politics. This year the fear mongering promoted by the Trump campaign pulls the focus from issues that matter and the conversations are not about policy and instead are rants rooted in prejudice and ignorance.

While watching her speak I was appalled (maybe I should not be) that she would use so many foolish comments. I had the same point by point thoughts as she spoke, and she said them far too fast for you to cover especially after being asked questions by the news guy.
Unbelievable that she claims we want no laws, that we have no systems in place and that illegals can get welfare etc. One lie after another.
Typical GOP tactic, throw out far too many lies in rapid succession tha it becomes impossible to refute them all.

Need to check your sources, numbers are totally wrong! Obuma wants to increase Muslim immigrants and decrease Mexican imimmigration. Wonder why that is??????