WHY THE GOP NEEDS YOU TO BE AFRAID

The meme below provides us with one of the reasons why the GOP wants you to be afraid of ISIS and all those scary brown people from the Middle East (and those from south of the border too) ... 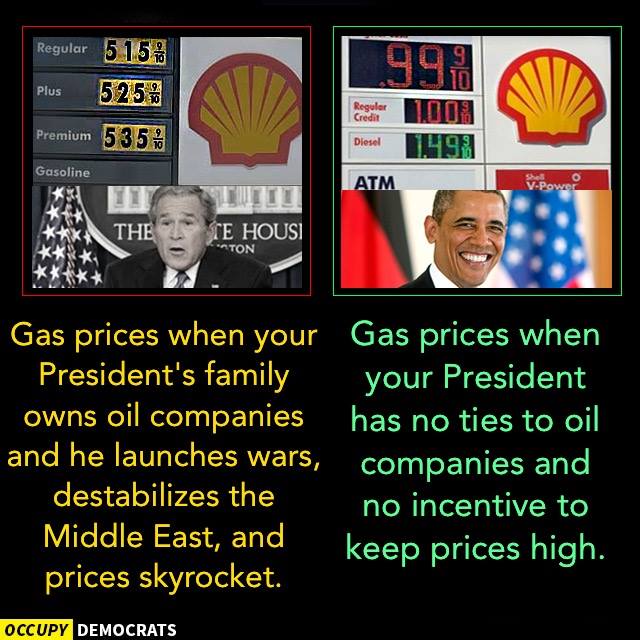 Simply put, the Republicans don't want you thinking about the good things happening in the economy so they need you to be afraid, 24/7.

Here's something else to consider when it comes to gas prices. While gas prices are averaging about $1.89 in the United States Michigan's ABC7 News is reporting that the price of gasoline dropped to .47 cents after a price war between three stations in Michigan.

But wait, there are a few more reasons the GOP needs you to concentrate on ISIS and to fear for your lives ...

THE DEFICIT: BUSH vs. OBAMA 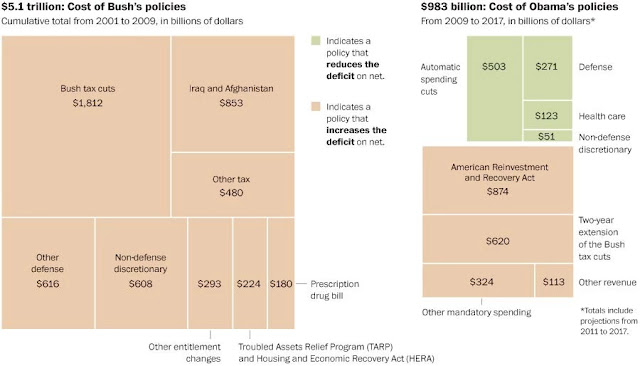 For the Fox News viewers out there, the chart above explains that President Bush's policies added about $5 trillion to our national debt. President Obama's policies added only $983 billion. And, yes, the built-in trillion dollar deficits at the beginning of Obama's presidency were part of Bush's "legacy" - as it were.

To make things clearer let's go one step further. As I've pointed out before, new federal spending under Obama has risen at its slowest pace since Dwight Eisenhower was president.

Seriously, look it up.

The GOP needs you to forget all of this. To do that they need you to focus on terrorists, scary brown people, and the ISIS threat. 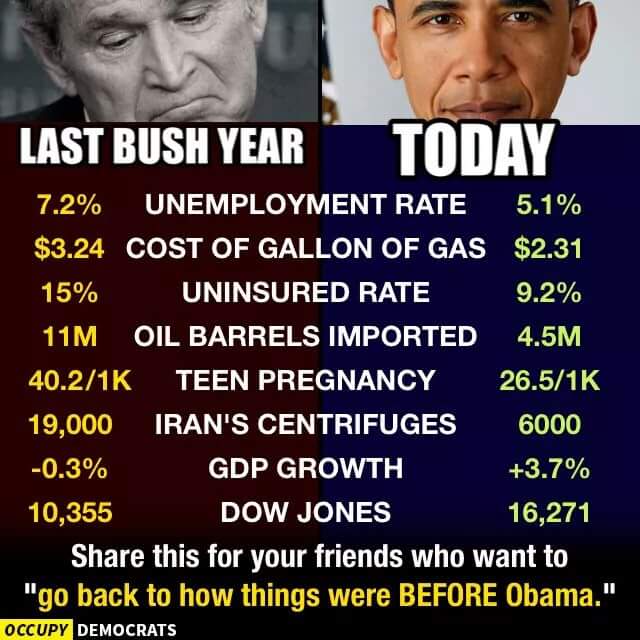 With the price of petroleum falling and more people working the GOP needs to distract Americans from where the economy was when President took office and where it's at today.

All of this helps to explain why the GOP needs America to be afraid. They have nothing else to run on but fear, and the smoke & mirrors that drive their ill-informed economic rhetoric.

Those are different stations, and gasoline prices were lower under George W. Bush: http://www.eia.gov/todayinenergy/detail.cfm?id=22812