After securing its charter in 1913, 100 years ago yesterday (November 16, 1914) the 12 cities chosen as the official "branch offices" of the Federal Reserve began operations. 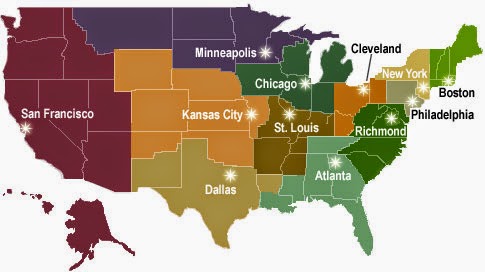 Fast forward 99 years and we learn via Zero Hedge that by December of 2013 the Federal Reserve has over $4 trillion in "assets" to its balance sheet. Yeah, that's a "t" for a trillion. 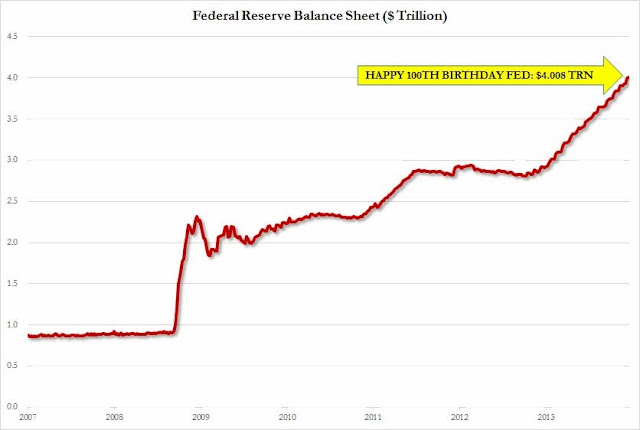 If you're wondering, $4 trillion is almost the functional equivalent of one-quarter of all the goods and services that the United States produced in 2013 ($16.2 trillion). But $4 trillion is not a static number. By May 2014 the asset sheet of the Federal Reserve reached $4.3 trillion. 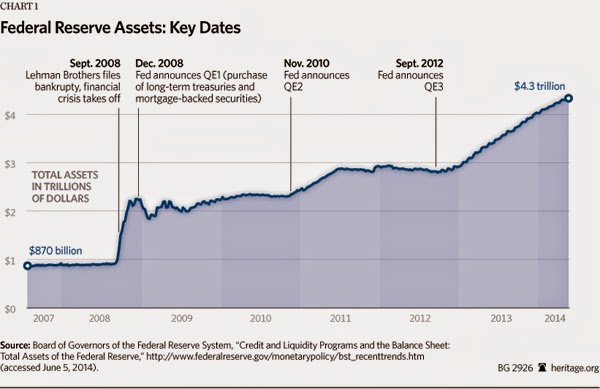 Today, the total value of what's on the books of the Federal Reserve now stands at about $4.5 trillion.

What this means is that the Federal Reserve has purchased about $4.5 trillion in contracts and other assets, which they would like you to believe are marketable, and hold real value in the market.

Here's the problem. If the products, or assets, they have purchased were so marketable why aren't market players lining up to purchase the goods themselves?

Here's the answer: No one's lining up to purchase what the Federal Reserve is purchasing because the assets are either toxic crap no one wants, or they don't generate the kind of rate of return that market players want. Ergo, the Federal Reserve has to make these purchases to keep our market system from tanking, again.

Put another way, the successes we see in the market today are buoyed by trillion dollar purchases from the Federal Reserve. It's that simple.

So, what does the Federal Reserve get in return for the trillions that they've dumped into the market? Simple. The Fed's asset sheet is pretty much made up of the toxic crap we took off of Wall Street's books - which added billions in profits to America's financial sector - plus the U.S. Treasury Bills the Fed has been purchasing because few investors want to load up on T-bills that pay out less than 1 percent. 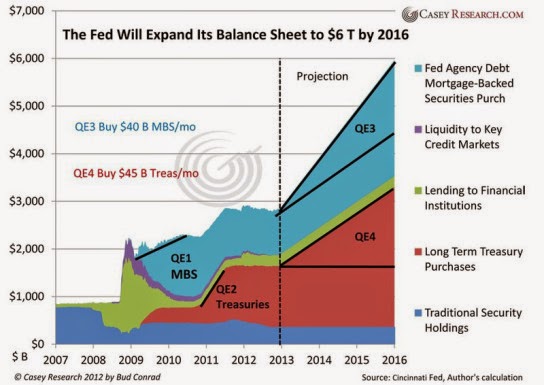 Happy Birthday Federal Reserve! It has officially become the Sugar Daddy of both Wall Street and our national economy.