While conservative politicians and right wing pundits follow the lead of the billionaire Koch brothers and push to eliminate the minimum wage in the United States the minimum wage in Australia is $16.00 per hour. It's based on a sliding scale and hasn't caused all the panic that the right wing claims it will do to the economy. 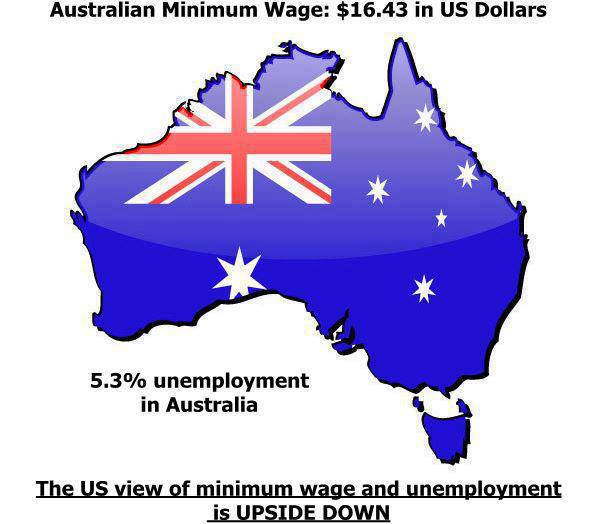 Meanwhile, in the United States the taxpayer subsidizes Wall Street with seemingly endless bailouts and favorable legislation, and then helps to underwrite the million dollar salaries of corporate CEOs with generous tax deductions.

So, yeah, America's working class is told they don't need a base salary floor, or worker protections, but America's richest class has their million dollar salaries subsidized by the American taxpayer and regular bailouts of the financial sector.

No wonder America's financial elite don't want to discuss class warfare. They're winning the war and don't want others to notice that it's been happening for quite some time now.