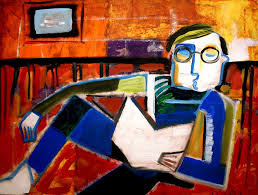 Who had the worst week in Washington? The Majority Whip from my hometown (Bakersfield), Rep. Kevin McCarthy (Washington Post). It wasn't the first time ... not by a long shot.

Yet More Economic Nonsense ...
The anti-tax zealotry of Fox leads to the ridiculous conclusion that you should earn less in order to avoid paying more in taxes ... so, yeah, ask your boss to cut your salary so you can pay fewer taxes (Media Matters).

Bank of America home refinance employees were paid bonuses for pushing families into foreclosure. Relatedly, while processing loan applications designed to keep qualified homeowners in their homes BofA employees were "told to lie" ... so, yeah, the bonuses helped (NBC News).

The top 1 percent of income earners in America have not earned their 275 percent wage increase over the past 30 years. Their soaring salaries, stagnant middle-class wages, and rising income inequality were made possible by U.S. tax policy (Economic Policy Institute via Huffintonpost).

23 reasons why parents should not be allowed to text (Keep Smiling).

Pay attention ... 7 medicines that can wreck your sex life (AARP).

Apart from registering republican (couldn't resist), the top 5 regrets of the dying (AARP).

This is a good one ... Five myths about the National Security Agency (NSA) that you don't know about (Washington Post).

The definition of Blowback (Upworthy).


Miscellaneous ...
What Congress and the media (willfully) ignore in the food stamp debate (The Nation).

Designers Dolce and Gabbana sentenced to jail for tax evasion, in Italy of all places (Zero Hedge).

The Wall Street Journal blows a lot of hot wind when it comes to explaining wind energy potential (Media Matters).