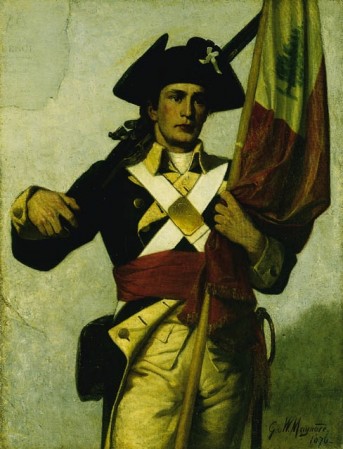 I've discussed patriotism in the past (here, here, and here). This Memorial Day post from former Labor Secretary nails the idea behind economic patriotism ...

True patriotism isn’t cheap. It’s about taking on a fair share of the burdens of keeping America going.

Those who earn tens of millions of dollars a year but pay less than 14 percent of their incomes in taxes, and argue the rich should pay even less, are not true patriots.

Those who defend indefensible tax loopholes, such as the “carried interest” loophole that allows private-equity managers to treat their incomes as capital gains even if they risk no income of their own, are not true patriots.

Those who avoid taxes by putting huge amounts of their earnings into IRAs via foreign tax shelters are not true patriots.

Those who want to cut programs that benefit the poor — Food stamps, child nutrition, Pell grants, Medicaid — so that they can get a tax cut for themselves and their affluent friends— are not true patriots.

That's why I don't mined paying my taxes. If I owe the government, cool. That means I did well that year. Those who say, "I'm getting such amount from the government," think for a second. That's YOUR money. The government isn't giving you anything. You're the fool for letting the government hang on to it. If the economy sinks, Cali, they won't give you YOUR money because they don't have it. But aside from all the political bickering and our troops in harms way, I do my patriotic duty by paying my taxes. Don't get it twisted, it still stings.