We are entering the section on economic policy making in my Introduction to American Politics class. Last week we made it to the Great Depression and discussed the rationale behind the Glass-Steagall Act. For those of you who are not familiar with the Glass-Steagall Act (1933) you can read about it in my book, or you can get a broader history from PBS here. 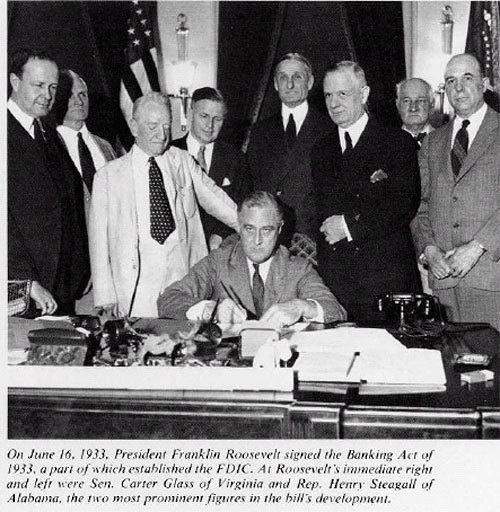 In brief, the Glass-Steagall Act (also known as the Banking Act of 1933) was passed by Congress in 1933. It specifically prohibited local commercial banks from doing what Wall Street investment banks do. It was enacted in response to the failure of nearly 5,000 local banks who, you guessed it, were using the bank deposits of their customers to gamble on investments and other projects they knew little about.

While Glass-Steagall was made possible by the stellar investigations done by the Pecora Commission, Franklin D. Roosevelt made it a cornerstone of his New Deal program. 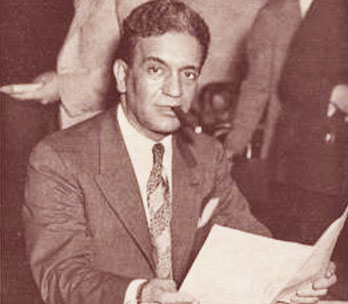 The Glass-Steagall Act gave the federal government more control over national banks, created the Federal Deposit Insurance Corporation (FDIC), and prohibited bank sales of securities. It didn't keep Wall Street from gambling with money from their clients accounts (see here and here) but it did protect the little guy on Main Street, for over 50 years.


Visit msnbc.com for breaking news, world news, and news about the economy

After being attacked by Wall Street for years Glass-Steagall was finally repealed in 1999 when President Bill Clinton signed the Financial Services Modernization Act (aka Gramm-Leach-Bliley). Commercial banks could now get into investment banking. Nice. This clip from 1999 reminds us that Senator Byron Dorgan (D-ND) saw a market collapse around the corner, even if he didn't know exactly when it was going to happen ...


The fact that we haven't done anything to bring back Glass-Steagall is just one of the reasons it's easy to argue that we're going to have another 2008 market collapse, again.