I've been saying this for some time now. The Federal Reserve has been helping to manage and keep our economy afloat for years. In the modern era, when the Federal Reserve (i.e. the Fed) intervenes in the economy it does so in ways that props up the market, which helps keep our economy moving along. It did so with trillion dollar money dumps immediately after the market collapse of 2008. It continues to do so with other market supporting tools today.

The problem with their actions is that they are not being done to clean out the market imperfections that brought us the 2008 market collapse. Instead, we're getting market infected band aids that are simply masking larger problems. 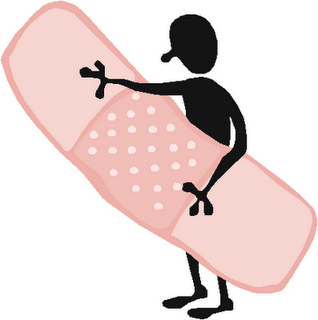 This is a distinct shift from the #1 job of any central bank, which is to guard the integrity of the currency.

Helping us to understand the Fed's actions is this article, "Measuring the Effect of the Zero Lower Bound on Medium- and Longer-Term Interest Rates." In the article, authors Eric Swanson and John Williams demonstrate that Fed interest rate policies, and their purchases of bonds and securities, have been very effective at managing market expectations. This has worked to keep our economy moving along, as I've pointed out many times (with the Fed's Quantitative Easing I, Quantitative Easing II, and Quantitative Easing III  programs).

These activities have worked so well that ordinary Americans not only can't see that there is no real free market, but they no longer care to look for the man behind the curtain. 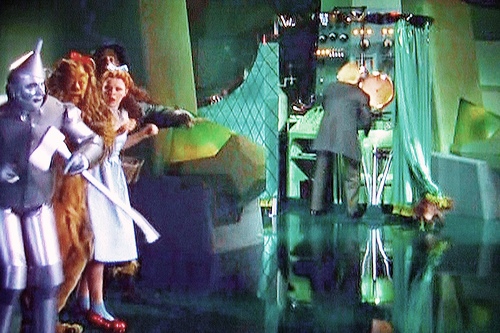 The problem with this is that we now have the appearance of normalcy, so we keep on dancing towards Emerald City, as if everything is fine. 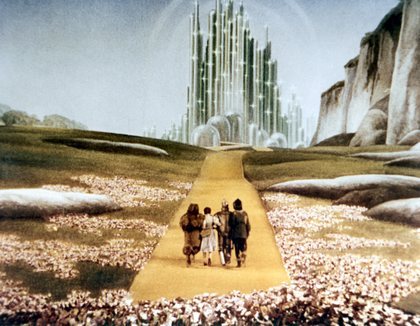 But things aren't OK. We're living off of borrowed time. History's whispering in our ear, but we don't seem to see or care about the coming calamity.

I'll have more to say about this in a coming post, later this week.

UPDATE: The CEO and co-CIO of PIMCO, Mohamed A. El-Erian, agrees with me that market valuations are dependent on central bank policies. Specifically, what's been helping to keep markets afloat are the money dumps (or, as El-Erian puts it, the "aggressive provision of liquidity") from the Federal Reserve and the European Central Bank.
Posted by Mark A. Martinez at 2:46 PM

Email ThisBlogThis!Share to TwitterShare to FacebookShare to Pinterest
Labels: Federal Reserve, Market Subsidies, The Myth of the Free Market