First we had Ronald Reagan’s budget projections. It relied on budget math that resembled - as George H.W. Bush (President #41) so eloquently put it - "voodoo, economics." It was some serious voodoo.

Reagan nearly tripled our national debt, and cleared the path for the gradual deregulation of Wall Street. 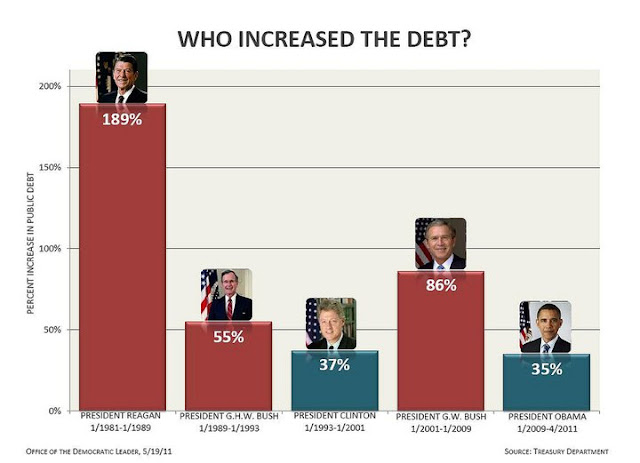 Then we had George W. Bush (President #43). He low-balled the actual cost of tax cuts, lied about the costs of the Medicare Part "D" programs, and misled everyone about the costs for his reckless wars of choice. He liked to pretend the costs would not be permanent, then stood by as they became permanent. He left office playing possum while a deregulated Wall Street ran herd over America in 2008. 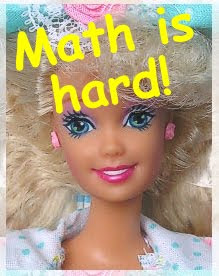 Anyways, now we have Congressman Paul Ryan, who has a long history of living in a financial dream world. Once again he's proposed a completely irresponsible budget based on Alice in Wonderland projections. To be sure, Ryan claims to have a secret plan to raise trillions of dollars in revenue. But then - like Joe McCarthy during the 1950s - he refuses to let the rest of America in on his top secret information.

The suspense is killing me.

No wonder President Obama is calling Ryan's budget plan a Trojan horse. Like the GOP's plan from last year, its designed to transfer more money to the rich (with more tax cuts), while gutting America's social contract with the middle class (the same one that allowed Rep. Ryan to accumulate enough social security money from his Father's death to fund his years at a public college).

You can read all about Ryan's budget nonsense here. Or, to save you some time, you can just read this ... 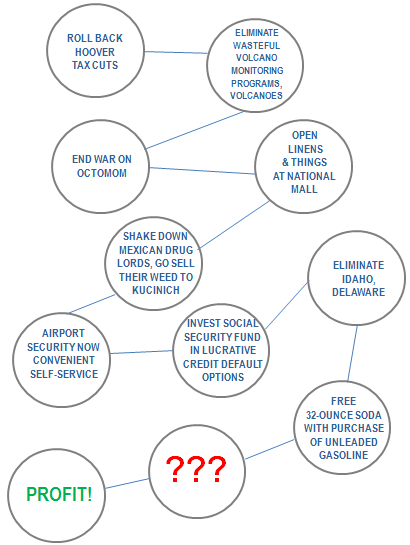 My question is this: Why does anyone take these guys seriously when it comes to budgets?

Mark, there is no magic in the budget that Congress has proposed. At least they put forth a budget! We are now over 900 days without a budget, and the Democratic controlled Senate has yet to produce one of their own this year to reconcile with the President's and the House budget. You can make the claim that Regan and the Bushes drove up the deficit and debt, but your claims are based, in part, on projected surpluses which never really happen. The reality is that the Obama Administration have spent more in three years than George W Bush did in eight. You can continue to try and spin the case that the Obama Administration has spent less than George W Bush but the facts in real numbers or project ones don't support your premise. Balancing the budget is not rocket science. We are now spending .47cents more per dollar than we take in in tax revenue. We can continue to try to take more of the top earners income by raising taxes. The top 20% are already paying over 80% of the taxes so I don't know how much more we can bleed the 1.5 million Americans who are in this tax bracket before they bleed out! We could reverse the Bush tax cuts and restore the bottom tier tax brackets, that were eliminated under the Bush tax cuts,to broaden the tax base. We could reform the entitlement programs such as, Social Security, Medicare, Medicade, Welfare etc. which are the biggest contributors to our long-term deficit and debt. We could do many things but nothing ever gets done but finger pointing.