An elderly women passed away on February 16, 2012. Her death is signficant because after she fell ten days earlier she refused to go to the doctor because she didn't want "Obamacare" to get all her information. 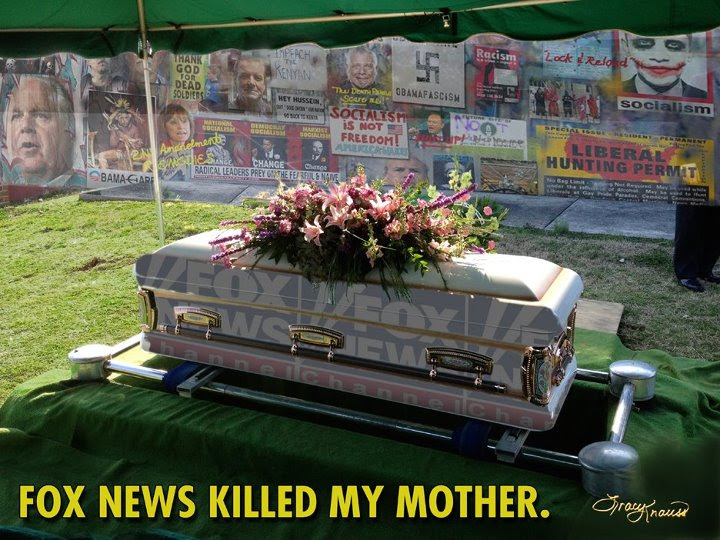 Whatever ailments or complications that came after her fall, the fact remains that they were all left unchecked. Her daughter, Tracy Knauss, posted this in her Facebook page.


... when she fell ten days before she died, she refused to go to the doctor because, "I don't want Obamacare to get all of my information! she declared, recalling the warnings from FOX News "anchors." She was emphatic.


Karoli, from Crooks & Liars wrote this:


Don't write this woman off as some ignorant back-country hick. She clearly wasn't. She owned a company at one time. She paid attention to events and politics in the news, or at least, in the news as she understood it. She, like most of her neighbors, voted Republican. But until Fox News came along, Republicans weren't stupid. They had different philosophies about government and its role, but they weren't blatantly invested in advancing a lie-based ideology until Fox News came along.


As she made out her will she told her lawyer, "I don't want any of my money going to the Muslim Brotherhood!" One could assume that, as a follower of Fox News, she's referencing our "Muslim President." 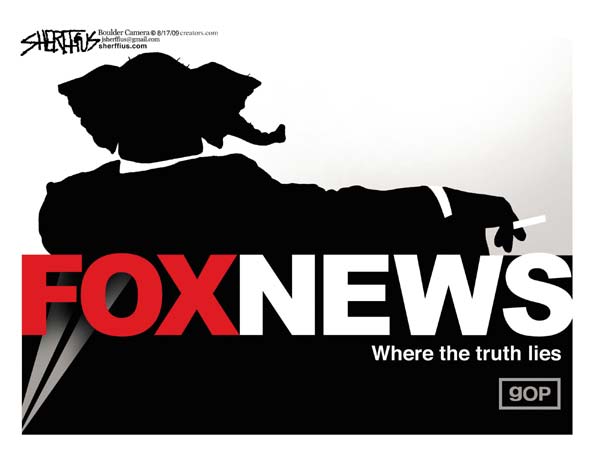 I'm not privvy to the entire story (perhaps she had serious medical problems before). But her sentiments and her refusal to act can't be overstated. Living your life according to misinformation which is spit out to pursue a political agenda does a disservice to every American in the country.

Mainstreaming ignorance, fear, and stupidity is not what the 1st Amendment is supposed to be about.

Shouldn't FOX news fall under the, "Don't yell, 'fire' in a theater" rule? It seems that way to me.