Here's the problem. The Fed's action won't accelerate recovery. It also won't fix Europe's debt woes. And it certainly doesn't make market players any smarter. But it keeps many market players solvent (and arrogant) because it's a bailout that maintains market confidence.

While the Federal Reserve doesn't want to anyone to think it amounts to another market bailout (it is), the sudden availability of cheap cash in Europe allows European banks and market players around the world to continue pretending that our market environment is sound (it isn't). Here's how the bailout plan works.

The idea is to put enough cheap dollars into European central banks so that they will lend to domestic banks throughout Europe. What's the goal? To prevent U.S. markets from tanking. How would this happen, you ask? Glad you asked.

If European banks, who need dollars, can't borrow dollars they will begin dumping (selling) U.S.-denominated assets, like U.S. stocks, mortgages, and corporate loans (among others). They do this because they need dollars to cover their losses elsewhere. If the European banks can borrow dollars cheaply, the thinking goes, they don't have to sell U.S. assets. Ergo, if the Fed makes more dollars available to Europe, we don't get a sudden market dump of stocks and bonds out of Europe, which might lead to a wholesale fire sale, and the sudden collapse of the U.S. stock market (again). 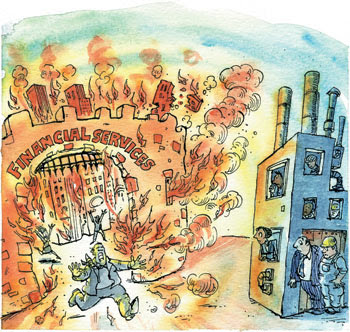 Seriously, lending money to Europe on the cheap is our way of keeping Wall Street and our financial markets afloat. But opening the money gates for European banks is really corporate welfare. By not having European banks dump U.S. assets into the market (in order to generate dollars in Europe) the Federal Reserves money dump helps maintain, or artificially inflates, the value of U.S. assets around the world. Portfolio managers win. Wealth managers win. Wall Street wins, again. 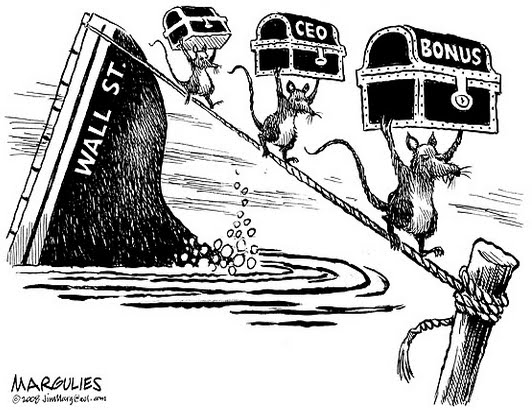 You and I, however, foot the bill if (when) it all blows up. We're also told to be quiet when market players cash out their bonus-laden contracts, which have been made whole by these money dumps. No Fed-Funded bailout tax. No "QE Tax." No taxes on taxpayer backed money dumps, period. Nada. Zilch.

Finally, because it sounds better than corporate welfare the Federal Reserve likes to call making cheap money available quantitative easing. Quantitative easing has been done twice since the market began it's crash in 2007. But they're not calling it quantitative easing (QE) this time because, according to the Fed, it isn't. Huh? [head scratch]

BUT "QUANTITATIVE EASING III" IT ISN'T ... HUH?
The Federal Reserve - and everyone who benefits financially from the money dump - don't like to see what's happening (the money dump) as the opening of QE, Round III. They don't like to call it QE III because they know it's corporate welfare, and it kind of hurts market confidence (and their feelings).

As such, global money managers are making a point of letting everyone know that (1) this is for Europe only (it's actually to prop up U.S. assets), (2) the cost of money's not getting cheaper in the U.S. (it's also not available unless you give up your first born), and (3) they haven't restarted 2007-08 crisis programs, like the Term Auction Facility (which would signal a real mess).

Great. In plain speak, this is like saying your recovering alcoholic in-laws are doing fine because you're only giving them beer instead of the hard stuff. Oh, and you're limiting them to drinking until midnight. You get the point.

MARTINEZ FOR U.S. SECRETARY OF TREASURY!!!

As Jon Stewart would say in his new segmant, "How the F#*K is it that Martha Stewart went to jail?"