THE ROOTS OF MARKETS AND WEALTH

Here is another snippet from my forthcoming book, The Roots of Markets and Wealth. The lesson from this section is that panics, manias, and bubbles are market constants because the emotions that drive them are human constants. This means the state needs to have the resources and tools to prepare for the effects of panics, manias, and bubbles because we can't eliminate human nature. 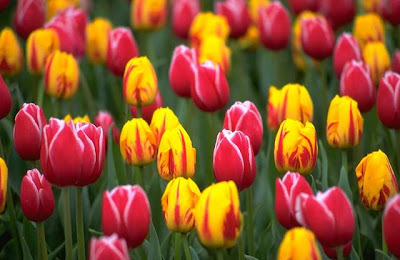 In A Short History of Financial Euphoria, economist John Kenneth Galbraith discusses the famous case of “Tulipmania” in Amsterdam at the beginning of the 17th century. What started as granting prestige to those who possessed novel tulip bulbs turned into wild speculation over successive price increases throughout 1636. Specifically, competition over tulips turned into mania, with single bulbs trading for new carriages and homes, or fetching as much as $25-50,000 each. Demand reached such heights that the Amsterdam Stock Exchange developed a futures market for the bulb.

This market, as well as the dreams of many speculators, would collapse under the weight of its own nonsense and spectacular avarice. As sellers demanded that their tulip contracts be enforced, they were disappointed when their petitions fell on the deaf ears of the courts. Because the market had little to do with the production of actual goods and services, the courts viewed Tulipmania as little more than a gambling operation.

As is the case throughout these histories, panic, default, and bankruptcy followed. Galbraith wrote “no one knows for what reason” the speculation and mania ended, but there’s little doubt common sense finally prevailed in a market spun out of control by deluded buyers and sellers.

Fast forward almost 340 years. We find the creation of another futures market, but this time in U.S. dollars. In The Vandal’s Crown: How Rebel Currency Traders Overthrew the World’s Central Banks, Gregory J. Millman tells the story of how a glut of U.S. dollars helped turn the world’s anchor currency into another commodity, just like corn and beef. Driven by the need to pay for the defense of the West, while solving social problems at home, by the mid-1960s the U.S. government had put too many dollars into circulation.

Because too much of anything drives down its value traders knew that the future price of the dollar would both fluctuate and drop, especially with the amount of deficits and debt the U.S. ran up every year. Like all good entrepreneurs traders wanted to get rich, but wanted to go beyond what traders in the Eurocurrency markets were doing. They wanted to trade in all areas touched by the future value of the dollar.

By 1970 they wanted to trade and speculate on the dollar like Chicago Mercantile dealers bought and sold pork bellies and cattle. To do this, they needed to convince the Nixon administration that speculating on the value of the dollar was a good thing. They would say nothing about what made trading on the dollar so profitable – the underlying irresponsibility of bloated budgets, growing debt, and price fixing.

For $5,000 Milton Friedman was goaded into writing a paper supporting the idea that a futures market supported by deficit dollars was a good idea. Friedman, too, would ignore the underlying irresponsibility of bloated budgets and growing debt. Friedman’s paper was sent to Nixon’s Treasury Secretary, George Schultz, who bought into the idea, stating “…if it’s good enough for Milton [Friedman], it’s good enough for me.”

The result has been an explosion in currency trading and “innovative” financial instruments whose value far outpaces the total worth of goods and services produced around the world. An entire industry of traders, analysts, and lawyers make their living off of what Peter F. Drucker called a “symbolic economy.” Ignored is how little the average person understands about this aspect of the market economy, and how bloated national budgets and growing debt feed it.

Also left unaddressed – if not conveniently ignored – is how continued deficit spending and bloated budgets virtually insured the collapse of the dollar. These dynamics fly in the face of what Adam Smith had to say about the importance of knowledge, transparency, and information in capitalist markets. Given these two cases (and there are more), do we simply trust market players to do what’s right? Or do we try and find ways to control effects of those who succumb to speculation and the herd mentality that overtook Holland’s tulip traders?

This is an honest question because if history has taught us anything it’s this: The further a generation gets from the great financial disasters of the past the more their confidence grows in the brilliant and innovative market discoveries they’ve made in their day. The result is that past experience and legitimate questions are “dismissed as the primitive refuge of those who do not have the insight to appreciate” what the new wonderkinds have fashioned ...

Email ThisBlogThis!Share to TwitterShare to FacebookShare to Pinterest
Labels: Market Collapse, The Myth of the Free Market