Two NFL players, the Redskins' Josh Norman and the Saints' Demario Davis, teamed up to provide bail for Jose Bello, a 22-year old Bakersfield College student, who had been detained by ICE for effectively exercising his 1st amendment rights. 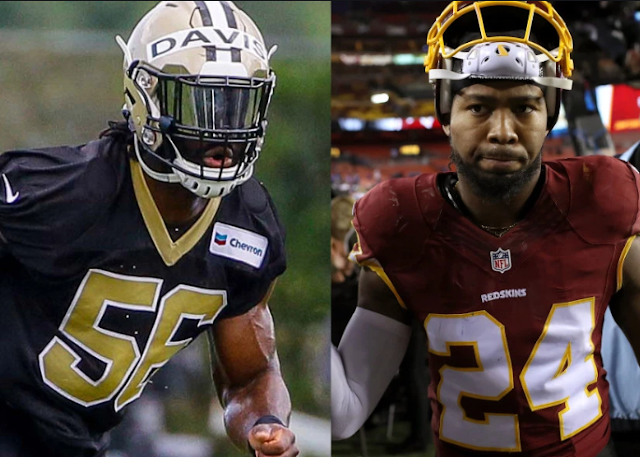 Jose Bello had initially been detained by ICE and then released after he had secured representation and bail from local attorneys and activists in Bakersfield, California. He was then detained again almost three months ago after he spoke out about ICE detention at a Kern County Board of Supervisors meeting (click here to access the 2 minute speech).

With the aid of the American Civil Liberties Union and the United Farm Worker Foundation's Amber Tovar, Jose Bello's story reached the NFL's Player Coalition, which includes Josh Norman and Demario Davis. Together with the New York Immigration Freedom Fund and the National Bail Fund Network, they were able to secure funding for Bello's release from ICE's detention center in Bakersfield. 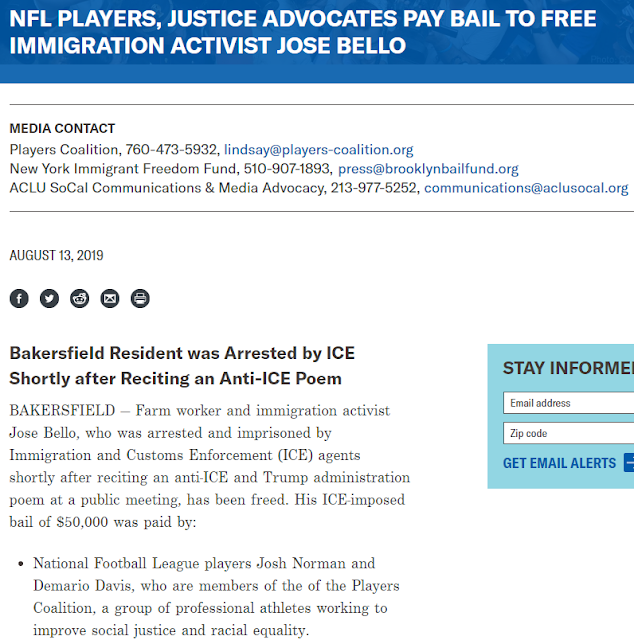 This is not the first time that Norman and Davis have advocated and spoke with their wallets on issues tied to social justice (click here). You can read the Washington Post's coverage of the Jose Bello story here, while NFL.com covers the Norman-Davis story here.