YOU KNOW ALL THOSE JOBS TRUMP LIKES TO CLAIM HE CREATED? WELL, HE ACTUALLY DIDN'T CREATE MUCH ...

So ProPublica called around the country to check if Trump's job creation claims are legitimate. If a company said Trump was a contributing factor ProPublica gave Trump credit. Pretty simple. They found that only 797 of the supposed 8.9 million jobs added to the economy - since Trump became president - are attributable to Trump.

So, yeah, that means only .008% of Trump's job creation claims can be viewed as legitimate. 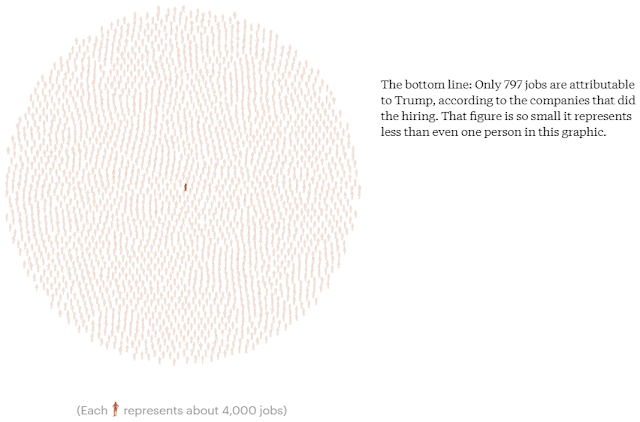 You can click here to go to ProPublica's site, which has a pretty cool interactive on Trump's job creation claims. 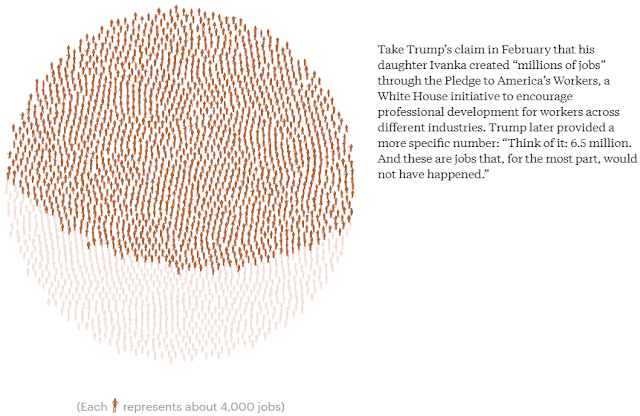