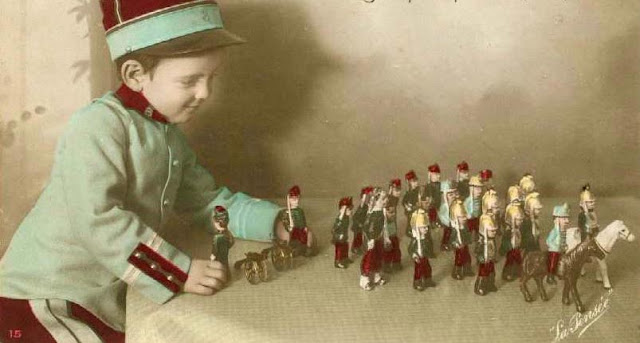 Three years ago I wrote about Donald Trump wanting a military parade. In effect, he wanted to play toy soldier with America's military.

Well, now he's itching to take it up a notch.

With his poll numbers stuck at 40% and Americans increasingly aware that he's a con man of the first order, Trump is looking for something (anything) that will help distract the nation from his many, many shortcomings and personal failings. Simply put, Trump wants war. 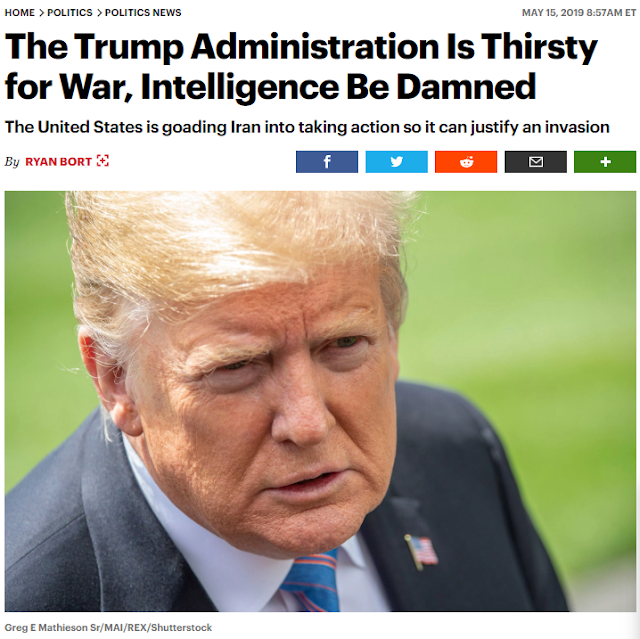 Apart from Trump trying to cover for his personal incompetence, this is how we got here:


* Iranian nuclear deal kept Iran from developing nukes. The world is pleased. Trump not so much (primarily because it's Obama's deal).

* Trump sends naval ships to the region to send a message.


Yeah, The Stupid here writes itself.

With Trump trying to play toy soldier with America's military (again), I can't help but think of the eerily appropriate "The Parade of the Tin Soldiers" (before clicking, you might want to turn the volume down a notch) ...