THE SORROWS OF THE AMERICAN EMPIRE*

"The wars in Afghanistan and Iraq waged this century not only
failed to achieve even the most charitable interpretations of their
objectives, but also further destabilized the region, empowered hostile
actors like Iran, and should have confirmed for any sane observer
that the United States lacks the ability to transform
distant societies with military force." 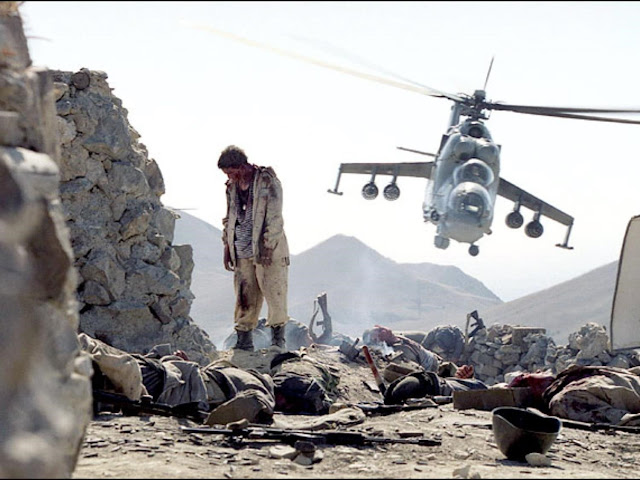 In "The Dangerous Myth of U.S. Hegemony" David Faris writes that going to war with Iran, with little to no provocation from Tehran, is a dangerous moment in American history. Faris argues how Donald Trump's blustering over a region that poses no credible threat to the U.S. reveals how "the overall trajectory of American foreign policy" makes it appear as if the U.S. "is in dangerous decline - drunk on vanishing power, fearful of a reshuffling of hierarchies, and driven by emotional decision-making and irrational fears."

Put another way, U.S. foreign policy under the Trump administration is so empty and chaotic that the global community sees a president who is incapable of developing any understanding about wielding power. Worse, they are also keenly aware that our nation is run by an intellectually compromised megalomaniac.

One of the lessons of the 20th century was that superiority in military weapons alone will not win wars, let alone the hearts and minds of the regions where you wage war. This was a lesson that Lyndon B. Johnson learned all to well in Vietnam. More troops and more weapons, no matter how powerful and modern, simply are no match for a determined people who do not like the idea of being occupied, let alone told what to do.


So, what about air strikes, as proposed by Senator Tom Hawk (R-Ark.)? Faris tells us that the idea air strikes can bring Iran into line "is a fantasy, a staple of conservative war-porn" that shouldn't be pursued because it would be an unmitigated disaster. I agree.

You can read about the looming foreign policy disaster Donald Trump seems intent on creating by clicking here.

* Yes, the title of this post is a paraphrase (ripoff?) of Chalmers Johnson's book, The Sorrows of Empire. If you enjoyed the theme of this post you should read the book.