HAPPY MAY DAY ... YOUR WORKER RIGHTS DIDN'T COME OUT OF NOWHERE 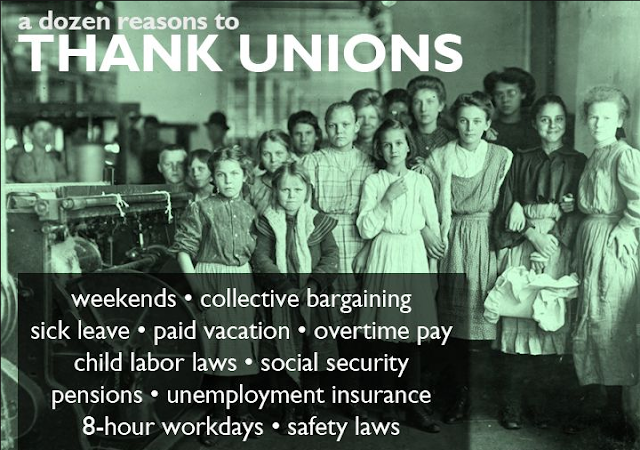 The United States does not celebrate May Day, or International Worker's Day, on May 1 like the rest of the world. Instead, the U.S. celebrates Labor Day on the first Monday of September. May Day was selected by labor and social democratic groups around the world - including European socialist and communist parties - because it coincided with the Haymarket (Square) Riot in Chicago (May 4, 1886). U.S. interests didn't like the idea of labor groups in America lining up with international labor organizations.


As for the Haymarket Riot in Chicago in 1886, workers were peacefully marching for an 8-hour workday one day after police had killed eight workers, when a bomb exploded. The subsequent riot and gunfire resulted in seven police officers being killed, along with four civilians. Dozens more were wounded.