WHO'S BURIED IN GRANT'S TOMB? DONALD TRUMP, "UH ... THAT WOULD BE YOSEMITE SAM"

Wow. Just wow. Trump claims Canada invaded the U.S. and burned down the White House in the War of 1812. This is part of his justification for imposing tariffs on Canada.

This goes beyond embarrassing, and puts Trump's presidency on to a new level of national degradation and international humiliation that Trump and his followers are too self-absorbed and ignorant to understand. 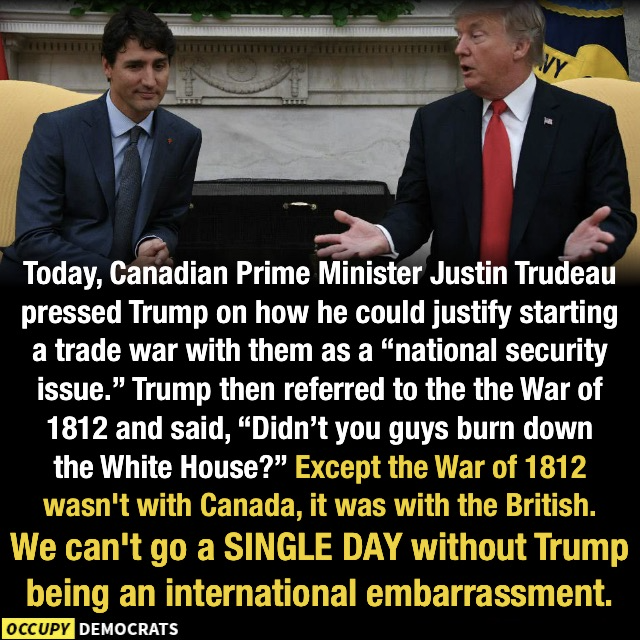 For those of you who are thinking of ways to defend our Idiot Prince know that the War of 1812 is basic grade school information that even the kids who are behind on the curve get.

Still thinking of ways to defend Trump's ignorance? Know that, with Donald Trump, this kind of historical ignorance happens all the time. It's not a gaffe. There's a pattern here. Trump really is that stupid.