So the U.S.-North Korean Super Summit isn't going to happen. Now we're left with Donald Trump licking his diplomatic wounds after learning that his strategic and diplomatic ineptitude has been exposed, again.

Even though Trump and his team can't see it, Trump was always being played the global fool by Kim Jong Un (and Russia's Valdimir Putin, and China's Xi Jinping and ...).

Kim Jong Un has always wanted to be recognized as a strategic equal on the world stage, and Trump's sudden acceptance of Mr. Kim's invitation to meet gave the North Korean dictator that, and more. By suddenly agreeing to meet with Kim Jong Un - with no thoughtful analysis or policy precautions reviewed - Trump gave Kim Jong Un and his regime both diplomatic recognition and time off from being harangued by Trump and others, which provided North Korea a geostrategic reprieve. 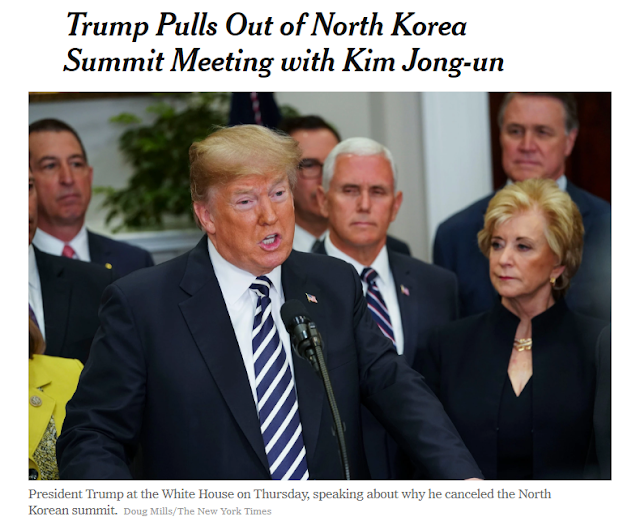 The fact that Trump couldn't understand why Kim Jong Un wouldn't be cowed by U.S. demands to denuclearize - like that was going to all of a sudden happen because Trump's such a "tough negotiator" - illustrates what a shallow and naive buffoon we have running our foreign policy and diplomatic show.

Let me make this real simple. Stevie Wonder could have seen this foreign policy blunder coming.

There's more, but let me end with yet another Trump embarrassment - Trump's letter to Kim Jong Un. It reads like he wrote it in crayon, then stuck his tongue out for good measure: "You talk about your nuclear capabilities, but ours are so massive and powerful that I pray to God they will never have to be used"? 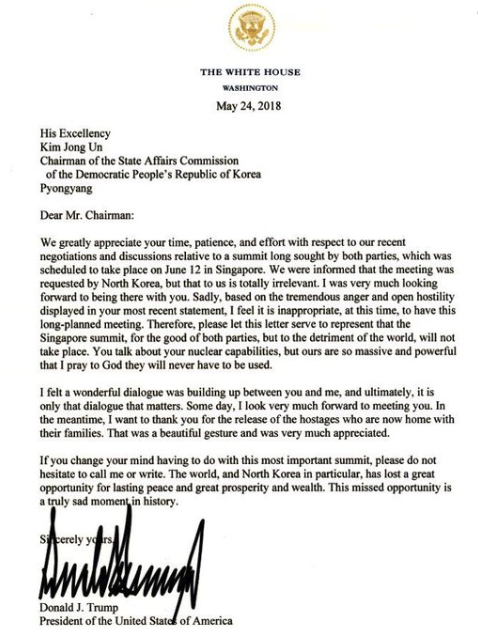 Then there's the tone and weeping nostalgia over what the two had going: "I felt a wonderful dialogue was building up between you and me ...".

Seriously? Trump's VP, Mike Pence, suggested that Mr. Kim would meet the same fate as Libya's Muammar Qaddafi if he didn't make a deal with the United States, and they thought Kim Jong Un would suddenly acquiesce? This isn't dialogue, it's mob-like extortion made by wannabe hoods.

This was followed up by National Security adviser John Bolton's suggestion that North Korea needs to disarm unilaterally. Such strategery ...